Montgomery County, TN – Officials Friday arrested a man for possession of over 2 pounds of synthetic THC (the active ingredient in marijuana), also known as “Spice,” and ecstasy.

Robert Joseph Nolen, 32, who gave a 227 Old Trenton Road address was booked Friday on charges of possession of an imitation controlled substance and possession of MDMA. His bond was set at $50,000. 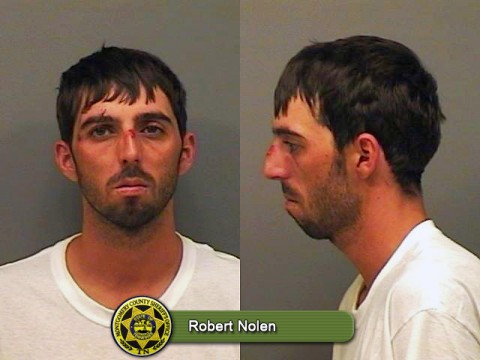 He was arrested after officials found the items during a search warrant at his home on Friday.

“Synthetic THC has been illegal in Tennessee for some time,” said Sgt. Kyle Darnell, Director of the 19th Judicial District Drug Task Force. “The penalties for synthetic and regular THC are roughly the same in this instance.”