Lisa Lejeune, 34, who gave a Haywood Court address, was arrested on charges in outstanding warrants as well as charges related to today’s lab. Her bond was set at $85,000. Timothy Holliday, 27, was also arrested and charged with violation of probation, drug charges and on out-of-state warrants. His bond was set at $260,000. 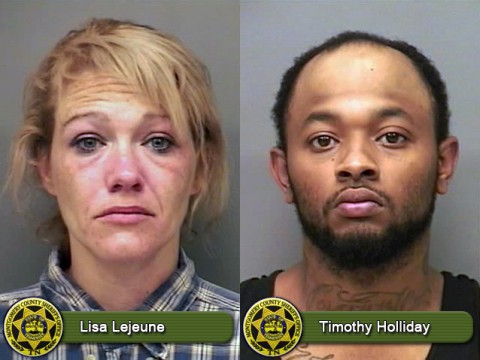 Deputies with the Montgomery County Sheriff’s Office were attempting to serve warrants on Lejeune at the hotel when they noticed several items that are used in the manufacturing of methamphetamine.

The investigation is ongoing, and no more information is available.