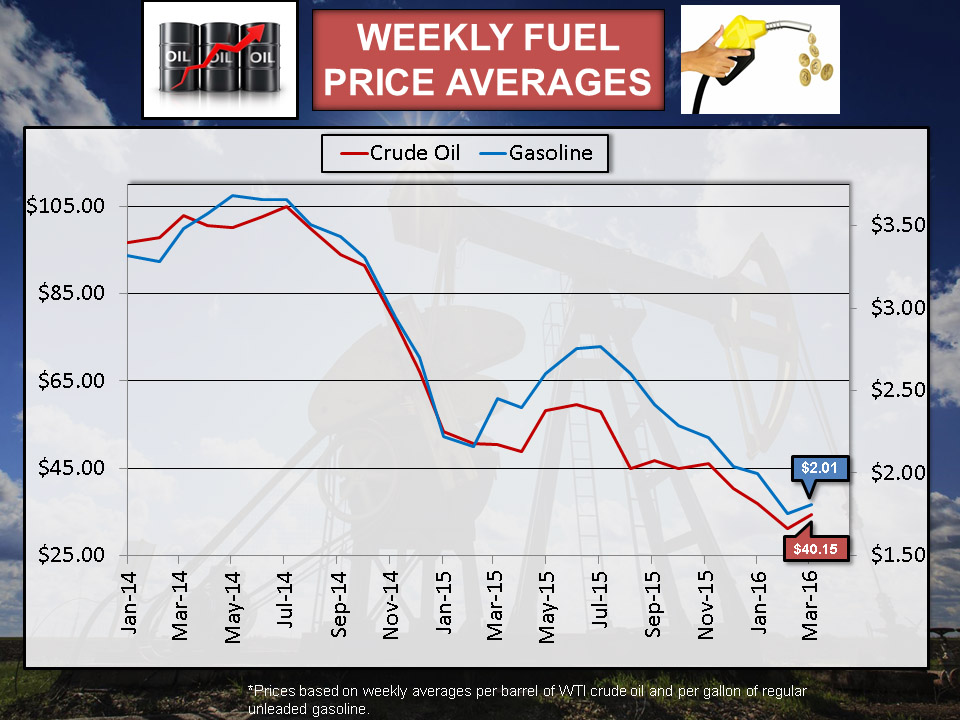 Tampa, FL – The national average climbed above the $2.00 benchmark last week for the first time in 83 days. Sunday’s average price of $2.04 per gallon represents an increase of 6 cents compared to a week ago. The national average has increased for 20 days in a row for a total of 23 cents.

Drivers are paying six cents per gallon more than a week ago and while yearly savings persist, they are beginning to dwindle. Sunday’s price represents a savings of 39 cents per gallon year-over-year, and $1.50 compared to two years ago. 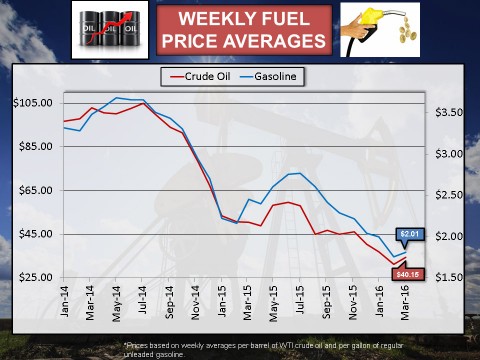 “Gas prices keep pushing higher due to upward pressure on crude oil, supply and demand, and refinery maintenance season,” said Mark Jenkins, spokesman, AAA – The Auto Club Group. “The weekly average price of oil shifted higher by nearly $.002 a barrel last week, signaling what could be another 5 cent hike at the pump. Although pump prices should rise more in the coming months, they will likely remain lower than year-ago comparisons.”

The weekly average price of crude oil has increased for the past six consecutive weeks. West Texas Intermediate averaged $40.15 a barrel last week, the highest since December 4th, 2015. Global oil prices settled as high as $41.45 on Tuesday, but hovered around $39.00 a barrel for most of last week. The price of crude slid at the end of the week on news that U.S. oil stocks rose by more than 9 million barrels last week.

However, prices have seesawed due to expectations of future supply and demand. Market fundamentals continue to point to oversupply and despite the sentiment that prices could rebound, an overall bearish sentiment persists.

AAA updates fuel price averages daily at http://www.fuelgaugereport.aaa.com/. Every day up to 120,000 stations are surveyed based on credit card swipes and direct feeds in cooperation with the Oil Price Information Service (OPIS) and Wright Express for unmatched statistical reliability.