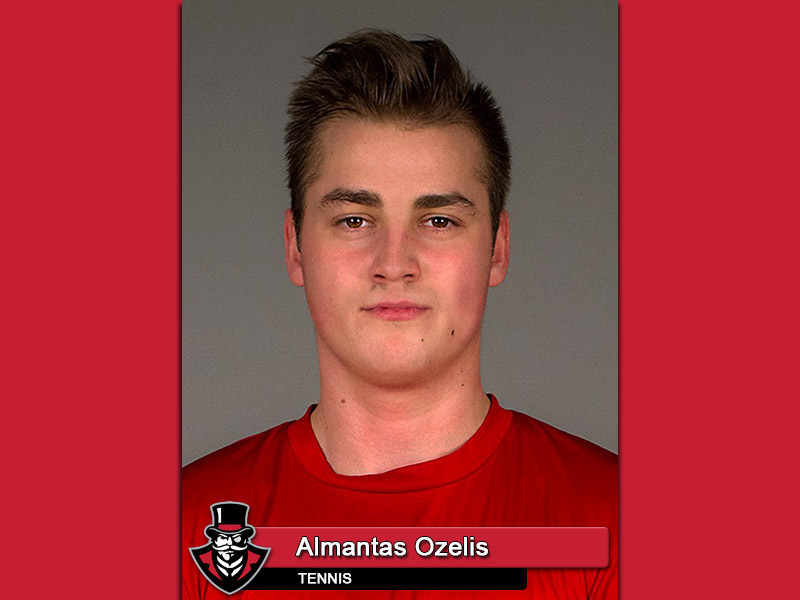 Ozelis, of Marijampole, Lithuania, went 6-0 overall on the week – singles and doubles combined – as the Governors claimed wins over Murray State, Tennessee State and Belmont to extend the team’s OVC winning streak to five. 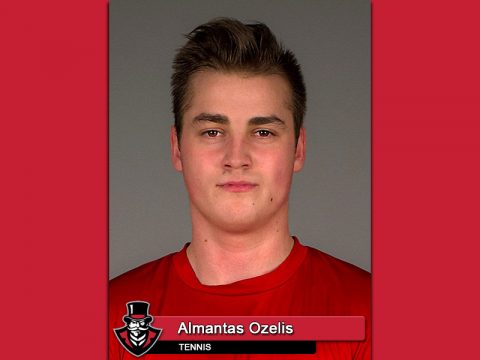 The newcomer played at the No. 2 singles spot in each match, the position in which all six of his victories have come this season.

But arguably more impressive has been his doubles play alongside sophomore Aleh Drobysh. With three wins at the No. 2 slot last week, the tandem has now won eight consecutive matches, seven of which coming in OVC play.

Ozelis becomes the second Austin Peay player to claim OVC weekly honors in 2016, with junior Manuel Montenegro doing so two weeks ago. In addition, the last time a freshman Gov has won weekly accolades was Henrique Norbiato in 2010.