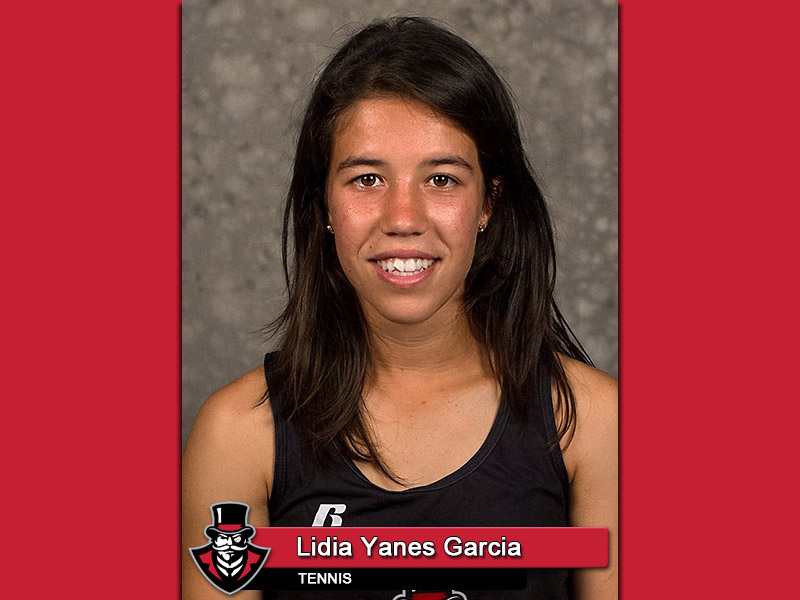 Clarksville, TN – Austin Peay State University’s women’s tennis team has had several outstanding players over the years, but none accomplished what Lidia Yanes Garcia did as a freshman.

This past week Garcia became the first women’s tennis player in Ohio Valley Conference history to take both the OVC Player of the Year and OVC Freshman of the Year honors, while being First-Team All-OVC along with her twin sister Claudia Yanes Garcia. 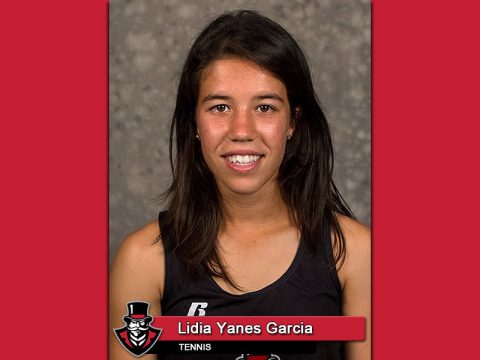 The last time two Govs landed on the first team list was the 2012 season, when Vanja Tomic and Alison Carre were named to the squad.

The Garcia sisters help lead the women’s tennis team to an overall record of 7-10, the most wins in a season since 2013; which was also the last time the team made the postseason tournament.

The Freshman of the Year honor for Garcia was the second all-time for Austin Peay, with Carolin Weikard being the only other APSU women’s tennis player to win the honor back in the 2010 season.

Garcia’s Player of the Year honor is the ninth time – among six players – that an APSU women’s tennis player has won the award, starting with Sherry Harrison in 1980 and Tomic being the last APSU player to earn the award in 2010.

Garcia played in the No. 1 position all season for Austin Peay, finishing with an overall record of 13-3 and 9-1 in OVC play, with her only loss in conference play came against co-regular season champion Tennessee Martin’s number-one player Sarah Candeloro – who was also named to the All-OVC First-Team.

She was also on her way to a 14th win this season, holding a 6-2 lead versus Eastern Illinois’ Kelly Iden in the opening round of the OVC Tournament at the Centennial SportsPlex in Nashville, TN, before having the matched stopped when the Panther took a 4-0 lead to defeated the Governors.

In doubles play, Garcia teamed with Helena Kuppig, playing as the Govs number-one doubles teams – finishing with a 4-9 overall record, including 3-6 in OVC play.

While Garcia’s first season is now in the books, the future is bright for the Los Realejos, Spain native, and her sister, with the hopes of an OVC Championship in their future.