Dye attempted to disable the alarm and camera system. He broke down the door to the office area and removed a safe. He loaded the safe into a 2002 Ford Windstar van driven by his wife Ashley Dye.


The safe contained $5,867 in cash, $2,000 of which were funds raised by Fred’s employees and customers for Vanderbilt Children’s Hospital.

According to store manager Ruth Ann Delozeir, the money was raised from bake sales, cookouts, and a canister by the register where customers could leave loose change.

“It infuriates me that someone would steal money set aside for sick children,” said Delozeir. “We hope someone will step forward with information.”

Investigators were able to locate Ashley Dye, 26. She has been arrested and charged with accessory after the fact. Her bond is $10,000. 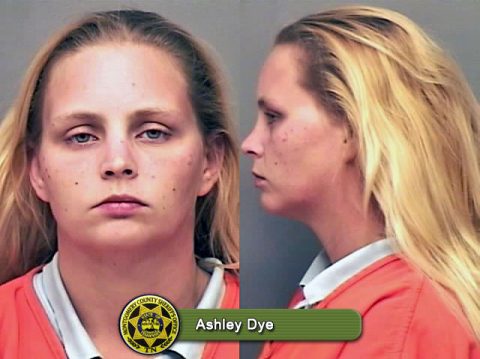