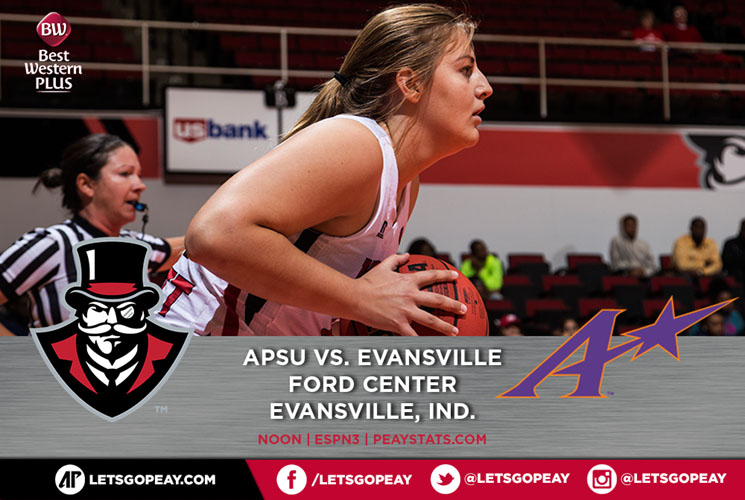 The Governors (5-4) enter the weekend with the third-best record in the Ohio Valley Conference, including earning a 77-74 win over East Tennessee, last Wednesday, before a loss to Western Kentucky, Saturday. 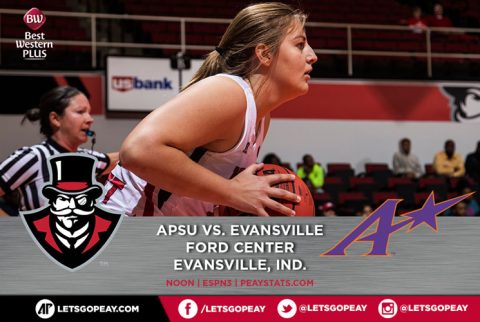 Highlighting the week were a memorable few days for senior center Tearra Banks.

After a 25-point performance against ETSU, Banks eclipsed the 1,000 career points mark days later versus the Hilltoppers, becoming the 19th member of the club.

As a result, the Louisville native earned the first OVC Player of the Week award of her career.

In addition to the strong play by Banks, junior center Brianne Alexander racked up a team-high 16 points against WKU, while redshirt sophomore guard Falon Baker averaged 14 points over the two games.

After opening the season 0-5, the Purple Aces have won three consecutive games over Valparaiso, Murray State and Oakland City. Evansville is averaging 86.7 points over its last three contests, including a 108-point outburst against Oakland City.

The Purple Aces are led by interim head coach Matt Ruffing, who earned the promotion after five years as an assistant.

Last Time Against the Purple Aces

Banks reaches 1,000 career points
With her 15 points against WKU, Saturday, senior center Tearra Banks eclipsed the 1,000-point mark for her career, becoming the 19th member of the elite club.

Baker for three
Falon Baker returned from injury last season and lit it up front deep, hitting 48 threes with a 37.5 percentage. This season, she has knocked down 13 shots behind the arch, including three against WKU, Saturday.

Rates climbing the charts
Senior forward Beth Rates moved to fifth in career blocks with 97, passing Sonja Cox. She is now five away from tying Joanne Arnold for fourth place.

Bench production
In APSU’s game against the Hilltoppers, the bench accounted for 45 of the team’s 65 points, led by Alexander’s 16. Senior guard April Rivers was another contributor as a reserve, scoring six points which included a three.

Be sure to follow all the Austin Peay women’s basketball action at www.LetsGoPeay.com and the official Facebook page of Austin Peay Athletics. In addition, live play-by-play coverage can be found on Twitter (@AustinPeayWBB), while the game will be broadcast on ESPN3.