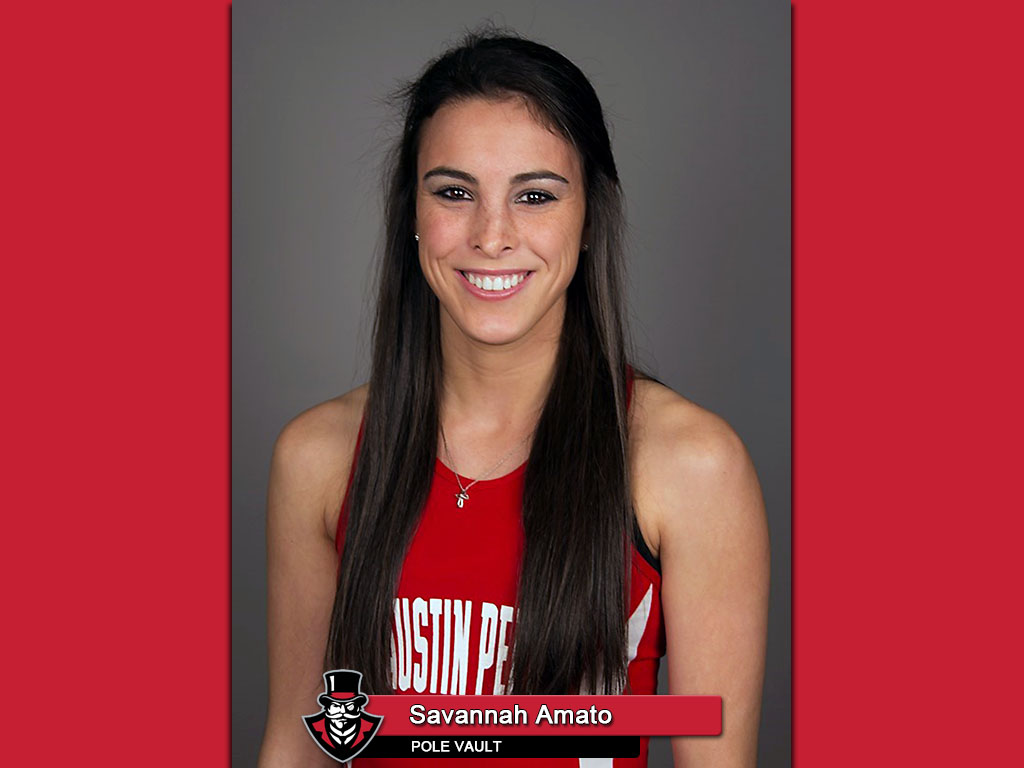 Clarksville, TN – Over the years Austin Peay State University has had several student athletes that were among the best to ever compete in the Ohio Valley Conference and current Governors track and field standout Savannah Amato continued to add to her marvelous and probable APSU Hall of Fame career, with a record-breaking performance January 20th, 2018 at the Samford Open.

Amato, a junior pole vaulter from Delaware, OH, broke the school indoor record that stood for eight years with a vault of 4.15 meters (13-7.25 feet), breaking the old mark of 4.13m set by Molly Bartkiewicz. 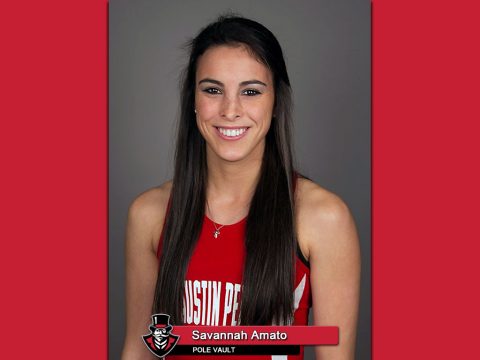 The vault not only broke the school record but put Amato squarely in the running for a spot into the NCAA Indoor Championships, March 9th-10th, in College Station, TX, with her vault being the 15th best height in the country this season.

The top-16 heights in the country qualify for the NCAA Championship Meet, with Kentucky’s Olivia Gruver currently holding the best vault of the year with a height of 4.60m.

Amato’s performance also cements her as the odds-on favorite to repeat as OVC indoor pole vault champion, with her height being a full half a meter (19.5 inches) higher than any other OVC pole vaulter this season.

Overall, Amato has three OVC pole vault championships under her belt having won the indoor title in 2017 and the outdoor title in 2016 and 2017 – trailing only APSU Hall of Famer Carrie Burggraf for most OVC title in a career, with five total titles from 2006-10.

And the scary thing if you’re a competitor of Amato’s in the OVC is that every time out this season she has put up a better height each time, going from 3.66m at the Saluki Fast Start Meet, to 3.83m at the Commodore Invitational to 4.15m this past weekend at Samford.

Hopefully, Amato will continue to build toward the OVC Indoor Championship at Charleston, IL, on February 23rd and 24th, with a real chance to break the conference’s championship-record height of 4.27m set in 2013, while also closing the gap to one for the most all-time OVC pole vaulting titles – indoor and outdoor combined – with a fourth consecutive title.