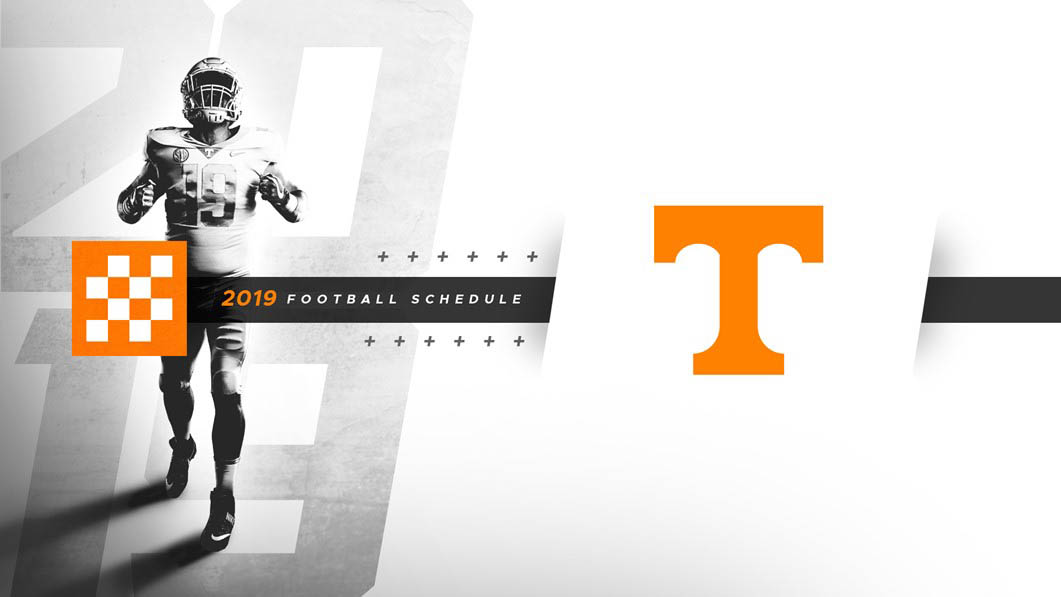 Birmingham, AL – Eight games at Neyland Stadium, including the first-ever meeting with BYU and a matchup with Mississippi State for the first time since 2012, highlight Tennessee Football’s 2019 schedule.

The SEC released complete schedules for all 14 conference schools on Tuesday.

Tennessee opens the season on August 31st against Georgia State before hosting BYU on September 7th and Chattanooga on September 14th.

The Vols travel to Gainesville to face the Gators for their SEC opener on September 21st before the first of two open dates on September 28th. 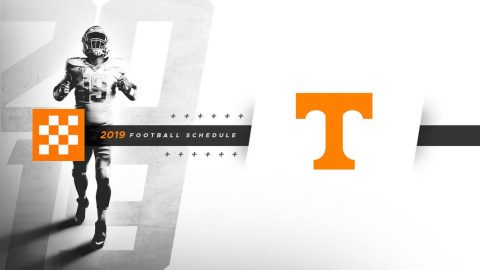 Tennessee welcomes Georgia on October 5th and hosts SEC Western Division foe Mississippi State on October 12th. It’s the Vols’ first game against the Bulldogs since 2012, and the first meeting in Knoxville in 10 years.

The third Saturday in October (October 19th), of course, has UT traveling to Tuscaloosa to face Alabama.

The Vols host South Carolina on October 26th and welcome UAB on November 2, before an SEC road clash at Kentucky on November 9th.

Following an open date on November 16th, Tennessee wraps up the regular season at Missouri on November 23rd and versus Vanderbilt in Knoxville on November 30th.

The SEC Championship Game will be played on December 7th at the Mercedes-Benz Stadium in Atlanta.

Tennessee will open the season in the month of August for the first time since 2014…Tennessee has won 23 of its past 24 home openers.

Tennessee will make the return trip to Provo for the second leg of its home-and-home series with BYU in 2023…BYU is not a member of a conference, but the Cougars have a storied history, capturing the 1984 national title while winning 23 conference titles in the WAC and Mountain West.

Tennessee has won 14 straight games against in-state non-conference teams and possesses an all-time record of 71-3-2 against those schools.

Each of the past two meetings between Tennessee and Florida in Gainesville have been decided on the game’s final play.

Tennessee will have an open date the week before playing Georgia for just the second time since 2007…The Vols’ most recent win over the Bulldogs, in 2016, came when quarterback Josh Dobbs found wide receiver Jauan Jennings for a 43-yard Hail Mary touchdown with no time remaining.

Tennessee will be looking for its first win in Tuscaloosa since 2003 – a 51-43 five-overtime triumph.

Every meeting between the Vols and Gamecocks since 2012 has been decided by six points or less.

Tennessee has hosted UAB three times since the 2005 season, more than the Vols have hosted any other non-conference team during that span…Tennessee was also scheduled to play the Blazers in Nashville to open the 2015 season, but UAB cancelling its program caused UT to find another opponent for that game.

2019 will be the first time that Tennessee has ever faced Missouri coming off of a bye week…Tennessee’s 63 points against Missouri in 2016 are the most the Vols have scored since 2009.

Tennessee has been playing Vanderbilt longer than any other opponent with the first matchup coming on October 21st, 1892…The 2019 game will be the 113th meeting in the series.