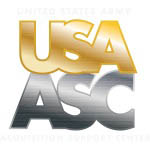 Nashville, TN – GPS, duct tape, microwaves and computers—these everyday items have one thing in common: Each was invented, in part or in whole, as the result of U.S. military research. The military’s rich history of innovation continues today, at numerous labs and engineering centers and focused on high-level problems.

There is a gap, however: There are myriad problems at the warfighter level that Army labs never encounter. Fort Campbell soldiers from the 3rd Brigade Combat Team (BCT) of the 101st Airborne Division (Air Assault) and researchers from Vanderbilt University are addressing this issue head-on, and are building a partnership to identify and solve tactical problems with Soldier-inspired solutions.

A Wrench In The Works

He realized that additive manufacturing (or 3D printing; the terms tend to be used interchangeably) was an ideal method of making Soldiers’ jobs easier; 3D-printed wrenches would be simple, fast and cheap to manufacture right where they were needed. He also realized that he needed a design partner, as he lacked the technical knowledge to design and print the wrench he had in mind.

Shaughnessy reached out to Dr. Kevin Galloway, an associate professor of mechanical engineering and director of making at Vanderbilt University, to see if he was interested in collaborating.

Located just a short hour’s drive away from the 3rd Brigade Combat Team’s home base at Fort Campbell, Kentucky, Galloway’s lab had both the equipment and ability to help. Galloway oversees the Wond’ry Makerspace, a lab outfitted with fabrication and manufacturing equipment for rapid prototyping. Galloway and Shaughnessy designed and produced a few wrenches, and the innovation partnership was underway.

This relationship existed in large part because of the culture of innovation within 3rd Brigade Combat Team. Col. John Cogbill, commander of 3rd Brigade Combat Team, has written at length about building a culture of innovation. With innovation as one of his command priorities, he has worked to enable Soldiers to become problem-solvers, free to identify opportunities for change and test their ideas in tactical settings.

Even before 3rd Brigade Combat Team began working with Vanderbilt, the brigade hosted a number of innovation forums, including “Shark Tank”-style open-mic nights where Soldiers brought ideas to a panel of leaders from within the organization. Including Vanderbilt in the innovation process has led to a robust relationship with 3rd Brigade Combat Team, which now includes regular visits between Fort Campbell and the Vanderbilt campus as well as substantial growth in the number of collaborative projects.

Though the initial scope of the collaboration was small, Soldiers in the 3rd Brigade Combat Team quickly realized that they had a winning formula on their hands. This led to a question of scaling: How could ideas generated through discussion be prototyped, tested and fielded to the Army as a whole?

An additional partner was needed, one with the ability to formalize the relationship, and with the resources to take projects from ideas to products. This partner came in the form of the U.S. Army Futures Command (AFC).

The 3rd Brigade Combat Team-Vanderbilt model can serve as a template for similar relationships among each division in the Army and nearby universities and research institutions. On June 4th, representatives from each of the parties in the agreement briefed Gen. John M. Murray, AFC commander.

The purposes of the briefing were to demonstrate the effectiveness of the partnership between 3rd Brigade Combat Team and Vanderbilt, to discuss the steps necessary to make the relationship permanent, and to envision how the model could be applied across the Army.

“I look at what Vanderbilt and the 101st are doing as a new business model that was being prototyped within the Army without any explicit direction or permission from highest levels of leadership,” Harrison said at the event. “Now we at Army Futures Command want to formalize that relationship and make sure it has the resources to scale and grow beyond the opportunities it would have on its own.”

This challenge is not as insurmountable as it may seem. Because the 3rd Brigade Combat Team model is centered on Soldier-inspired innovation, it allows Soldiers to identify problems that affect them daily, and enables them to solve these problems themselves or to connect with researchers who can help. This process creates its own momentum—as Soldiers are empowered to solve problems, their peers are similarly empowered to solve problems of their own.

The 3rd Brigade Combat Team and Vanderbilt are collaborating to solve problems from the bottom up, with direct links between Soldiers and experts in academia. Traditionally, innovation in the Army has been defined by a top-down approach, whereby program managers and general officers direct efforts toward a small set of problems.

For example, the chief of staff of the Army has a set of six modernization priorities that meet this definition. These high-level directives do not describe every problem Soldiers can encounter, however. Soldiers in 3rd Brigade Combat Team have access to much more localized problems that—while certainly of a smaller scope than, for example, future vertical lift platforms—still affect warfighters both inside and outside of the brigade. These smaller, Soldier-inspired problems are the target of the new partnership.

What began with 3D-printed howitzer firing-pin wrenches now includes 12 (and counting) Soldier-inspired and Soldier-informed projects, including:

Improving how Soldiers dig fighting positions. When Soldiers dig hasty fighting positions, they do so with small, collapsible entrenching tools that are difficult and time-consuming to use. A design class taught by Galloway is tackling the issue with ideas like rapidly deployable fillable barriers and redesigned shovels. They are partnered with the 3rd Battalion, 320th Field Artillery Regiment in the 3rd Brigade Combat Team.

Lift-assisting exosuits. Dr. Karl Zelik, assistant professor of mechanical engineering, biomedical engineering and physical medicine and rehabilitation at Vanderbilt, discovered that more than 1,000 Soldiers are diagnosed with back injuries every day. He and his team are working on biomechanically assistive garments that can reduce load on Soldiers’ bodies and improve their effectiveness.

Helmets, traumatic brain injury (TBI) and Soldier performance. Adams, chair of the Civil and Environmental Engineering Department, and Tonia Rex, an associate professor with the Vanderbilt Eye Institute, visited training events held by the 3rd Battalion, 187th Infantry Regiment in the 3rd Brigade Combat Team. Their initial project focuses on incorporating sensors into helmets to gauge their effectiveness and protect against TBI, and assessing and predicting TBI in Soldiers.

Discussion with the unit, however, led to a new idea of exploring cognitive markers for improving Soldier performance in stressful situations, leveraging assets like the Electronic Skills Trainer within the 101st.

Material results are only one of the benefits provided by the relationship. On June 20th, Vanderbilt faculty and commanders and staff from across the 101st participated in an innovation workshop, hosted in the newly designated EAGLEWERX Innovation Lab at Fort Campbell.

Roughly 30 attendees undertook a crash course in the innovative design process, which is a structured approach to product development that includes problem identification, idea generation and prototyping. In just four hours, the group devised a broad range of technologies, processes and organizational changes tailored toward improving air assault operations. Following the success of this “design sprint,” the 101st and Vanderbilt will be conducting similar events at multiple echelons, including quarterly innovation symposiums at the division level.

Future opportunities for collaboration are endless, and there are several plans in the works. One such opportunity is a recurring series of classes that teach Soldiers how to use 3D printers, laser cutters, mills and other manufacturing equipment to bring their ideas from sketch to minimum viable product—one with just enough features to satisfy early users and allow them to provide feedback that will inform future iterations.

Another is permanent innovation positions within the division, with liaisons from AFC to the 101st, and from the 101st to Vanderbilt. Conferences, experimentation, joint training events and fellowships are all additional possibilities.

Soldiers today must operate on a fast-paced and dynamic battlefield. This partnership is preparing them for uncertainty in the best way possible: enabling Soldiers to identify and solve problems as they encounter them, often in the absence of orders; improve the methods the Army has traditionally used; and create an entirely new status quo. As the 101st, Vanderbilt and AFC shape the future of Army innovation, the only limit is the creativity of the Soldiers and civilians involved.

For more information, contact the brigade innovation officer at 270.412.5198.

1st Lt. Austin Herrling is the chief innovation officer and knowledge management officer for 3rd Brigade Combat Team. He holds an M.S. in operations research from the Massachusetts Institute of Technology and a B.S. in mathematics and computer science from the United States Military Academy at West Point.

This article will be published in the 2019 Fall issue of Army AL&T magazine.