Washington, D.C. – Women did not wake up one magical morning to discover that, suddenly, they had been granted the right to vote. They fought tooth and nail for it.

The Women’s Suffrage Centennial Commemorative Coin Act, which is heading to the White House for the President’s signature, authorizes the Treasury to mint $1 silver coins in 2020 to commemorate the 19th Amendment’s 100th anniversary.

It is my hope that Americans will use these coins as a tool to rediscover the history of the women’s suffrage movement and the stories that led the suffragists to victory. The best part? It won’t cost taxpayers a penny!

America is currently $22 TRILLION in debt (and counting!). The government just can’t get enough taxpayer money: if you send it, they will spend it. Our current level of spending is unsustainable, so in this week’s government funding bill, I gave my colleagues three options to cut that spending by 1%, 2% or 5% across the board. We owe it to our children and grandchildren to get our spending under control. 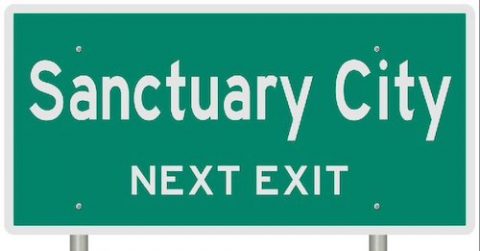 Sanctuary cities provide safe havens for criminal illegal aliens. In light of reports that Davidson County is terminating its contract to house ICE detainees, it is imperative we pass the Immigration Detainer Enforcement Act, which will discourage communities from enacting these reckless policies. Ensuring the public’s safety should be the priority at all levels of government.

During this week’s testimony before the Senate Commerce Committee, Boeing CEO Dennis Muilenburg was unable to answer crucial questions about two deadly 737 MAX plane crashes. The families of the 346 victims need clarity about why their loved ones were allowed to step foot on those planes. We should immediately have a second hearing with the engineers and pilots who worked on the program.

Confusing algorithms, a lack of transparency, and data manipulation: the stark reality of surfing the internet. The Filter Bubble Transparency Act, on which I joined Senator John Thune (R-S.D.), will let Americans choose to opt-out of curated content. It empowers consumers with more control over what content they see by requiring large-scale internet platforms–that collect data from more than one million users and gross more than $50 million per year–to provide greater transparency to consumers.

For the past two months, the House has been holding its closed-door investigation in Adam Schiff’s basement in the Capitol. After intense criticism, their kangaroo court has now turned into a full-fledged fishing expedition to find any reason to deny that the American people duly elected President Trump.

On Fox Business’ Mornings with Maria, I urged the House to stop playing politics and start doing the job the American people hired them to do.

The House finally decided to hold a formal vote on impeachment, but it wasn’t because they wanted to. Only after I joined Chairman Graham on a Senate resolution calling for President Trump to be given due process and fundamental constitutional protections did the House know they had to take action. Watch my discussion with Shannon Bream on Fox News @ Night.

A rewarding part of serving in Congress is nominating candidates for our service academies. At Politicon, I caught up with Lieutenant Commander Andrew Harris, who I nominated to the Naval Academy in 2003. While he ultimately pursued a different route to serve our country, he told me how that vote of confidence helped a nervous Tennessee boy succeed.

Hearing about the substantive issues on the minds of my fellow Tennesseans is always refreshing. At Tennessee Tuesday, Senator Lamar Alexander and I discussed how we remain focused on our national priorities.