Riverfest Regatta rows on despite COVID-19 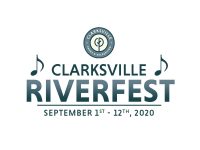 Clarksville, TN – Many of the events at this year’s Riverfest had to be re-engineered, thanks to COVID-19 Coronavirus. Though some were canceled because of social distancing concerns, the good people at Clarksville Parks and Recreation did manage to find ways to carry on in the spirit of Clarksville’s favorite outdoor festival.

With twelve days of events, such as the Juried Art Show, Virtual Talent Competition, Virtual 5K, and the ever-popular Riverfest Cardboard Boat Regatta, the new-normal version of the festival was smaller and quieter, but a success none the less.

Taking to the water were unicorns, hula dancers, and Vikings. Wayne and Garth even made a special appearance. Dozens of supporters lined the shore to cheer on their favorite crew.

There was only one entry in the Church/Civic Organization category, Still Float Worthy, which was crewed by the Trail Life USA Troop TN-0101.

Threatening weather forced the event to start earlier than scheduled, but luckily, all the spectators and most of the participants stayed dry. “Well, it was wet, and the water didn’t come from the sky, it came from the boat,” Clarksville Mayor Joe Pitts said. “We had fun though. There was a great turnout, I think we had eleven entries this year. It’s sad that we weren’t able to do our traditional Riverfest, but there’s always next year. We’ll be back.”

To close this year’s Riverfest, a drive-in fireworks display was presented at Liberty Park, Saturday night at 9:00pm.


The awards went to the following teams: