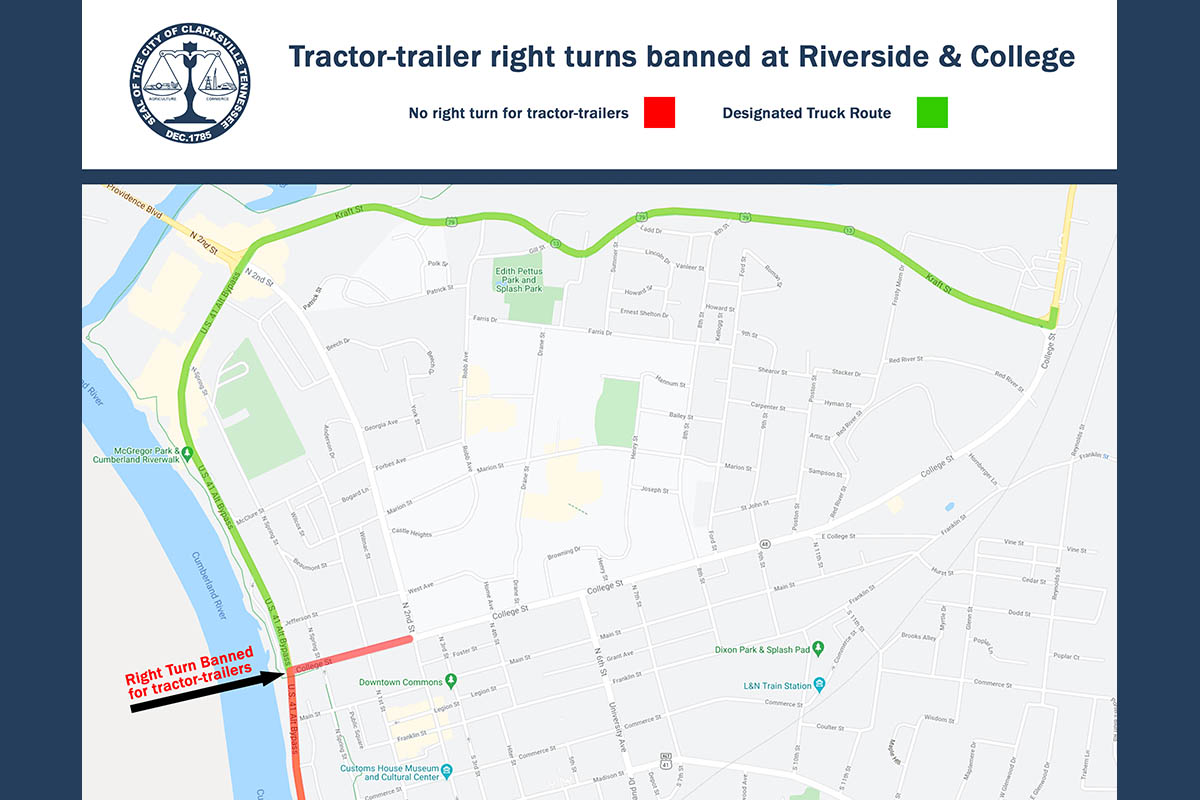 Clarksville, TN – At the City of Clarksville’s request, the Tennessee Department of Transportation has restricted tractor-trailer truck drivers from turning right onto College Street from northbound Riverside Drive.

Signage installed recently by the Clarksville Street Department directs trucks not to make the turn and to use Kraft Street as an alternate route.

According to a resolution approved by the Clarksville City Council in August, the Riverside Drive/College Street intersection was the site of 207 crashes during the past two years, with two resulting in the deaths of pedestrians. Many of the crashes involved commercial tractor-trailer type vehicles.

The Council’s resolution requested TDOT to “authorize a prohibition on commercial tractor-trailer type vehicles from turning right from Riverside Drive onto College Street.” TDOT granted the request and now that signs are up, enforcement of the restrictions will begin. Truck drivers making the turn could be ticketed and fined up to $50.00. 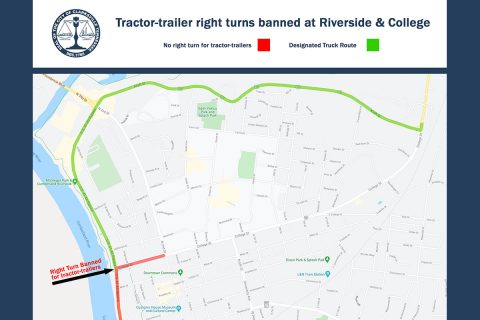 TDOT had to approve the request because all the roads involved are state-controlled highways. Riverside Drive is US Highway 41A; College Street is State Route 48; and Kraft Street is U.S. Highway 79.

While the specific goal is to eliminate right turns by tractor-trailer trucks onto College from Riverside Drive, the restriction and designated truck route will have the effect of discouraging truck drivers from using College Street between Riverside Drive and North Second Street. This should have other positive effects on traffic flow in Downtown Clarksville.


For example, the move should reduce the number of trucks using the intersection of College Street and North Second Street, which has a steep grade coming up the hill on College. Trucks often have a hard time holding a stopped position at the traffic signal, and some roll backward upon takeoff, risking damage to trailing vehicles.

It also should reduce the number of heavy trucks traveling College Street in front of Austin Peay State University, which sees a surge of traffic during rush hours and a high number of pedestrians in the area.