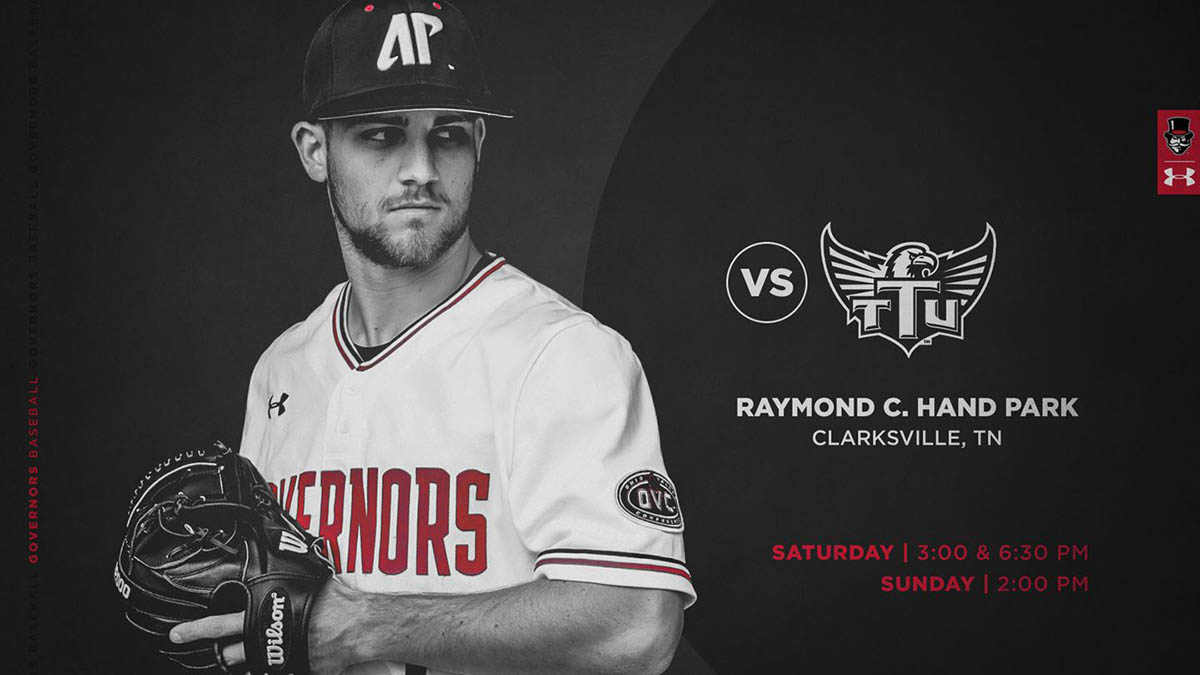 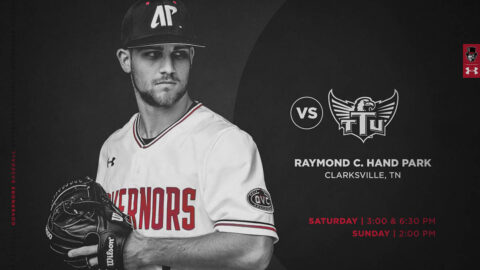 The Governors and Golden Eagles open the series with a 3:00pm doubleheader, Saturday, before wrapping up the set with a 2:00pm, Sunday single game.

Austin Peay State University returns to play after picking up an extra-inning victory to salvage a win in its series at Northwestern State, last weekend. Center fielder Garrett Spain went 4-for-11 with two RBI to pace the Govs at NSU. Spain leads the APSU Govs offense batting .206 with two home runs and seven RBI in 10 games.

Tennessee Tech has not played since a March 2nd victory against North Alabama. Designated hitter Luke Jones, making his first start, went 2-for-3 with three RBI in that win. Third baseman Gavin Johns leads TTU with a .412 batting average but second baseman Brett Roberts has a home run and four doubles while batting .300 in 2021.

The Series: Austin Peay State University leads, 96-85-1
Previously: APSU swept the 2019 series.
Streak: APSU, three wins
Notably: The last three series have each ended in sweeps by the winning team, the Govs in 2019 and the Golden Eagles in 2017 & 2018. APSU owns a 56-24 lead in games played in Clarksville.

Austin Peay State University hasn’t been afraid to throw different players into the lineup this season with 16 different hitters recording a start this season. Only 2 Govs – center fielder Garrett Spain and catcher Jack Alexander – have started all 10 games.

Left fielder TJ Foreman’s had a 3-hit outburst against Tennessee, March 3rd, as part of 4-game hit streak that was stopped in Game 2 of the Northwestern State series. He went 2-for-11 against the Demons last weekend.


Preseason All-OVC center fielder Garrett Spain enters the weekend with a 6-game hit streak and is batting 8-for-22 (.363) during the streak with 4 RBI.

Right fielder Skyler Luna has not played since Feb. 28 when he came off the bench against Army, but is expected to return for this weekend’s series.

Third baseman Gino Avros has been finding ways on base, earning 7 walks in his last 5 games. He ranks 60th nationally in walks earned (7).

Preseason All-OVC first baseman John McDonald closed the NSU series with a 1-for-3 outing that included a RBI and 2 walks. Earlier, he enjoyed a 3-hit, 4-RBI performance against Army, February 28th.

Bobby Head has started at all four infield positions this season. He picked up his first starts at shortstop in 3 of last week’s 4 games and started at third base in Game 2 of the NSU series.

Catcher Jack Alexander’s opened the NSU series with a 2-for-5 effort that included a double and RBI but was held hitless in the series’ final two games.

Right fielder Jeremy Wagner has 5 starts in right field this season and went 2-for-5 with 2 RBI and a double in the Army series finale, February 28th.

Malcolm Tipler has three starts at designated hitter and a start at second base (March 6th) this season. He began his campaign with a three-game hit streak and has reached base in all four games this season.

Second baseman John Bolton has 5 starts at second base this season, including Games 1 & 3 at Northwestern State last weekend.

Harrison Brown started all 3 games in right field at NSU and went 3-for-9 with a triple and 2 RBI. His .308 batting average is top among the APSU Govs reserves through 10 games.

Guests must maintain proper social distancing while inside the facility.

Masks are required to cover both the mouth and nose at all times while in the facility.

Failure to wear masks or maintain proper social distancing may result in guests being asked to leave the facility.