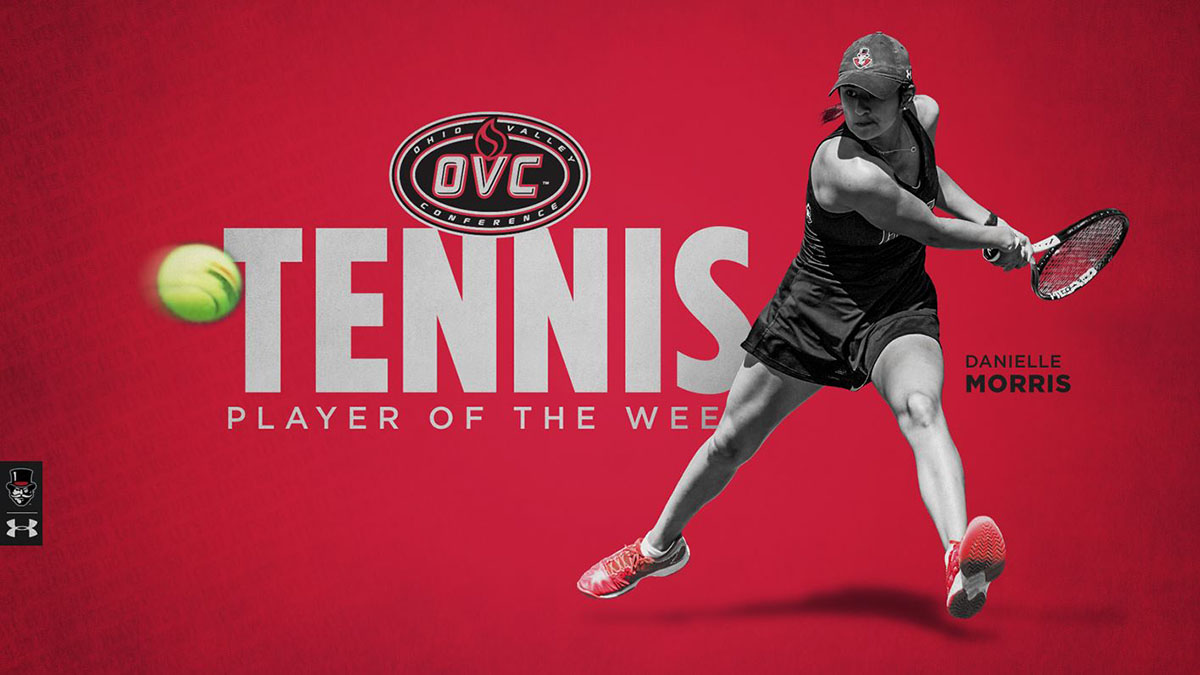 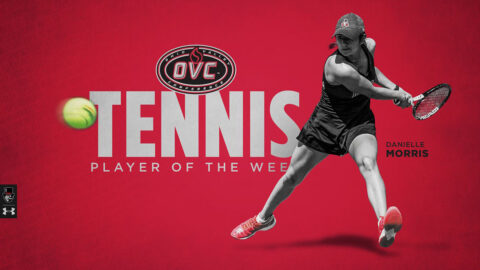 In singles play, Morris was a perfect 3-0 last week, pushing her winning streak to four straight matches – which coincides with Austin Peay State University’s four-match winning streak as a team. In Friday’s match against Eastern Illinois, Morris handily beat Elizaveta Bukraba-Ulanova (6-3, 6-3) to score the match-clinching point for the Govs.

In Saturday’s match against SIU Edwardsville, Morris put together her most dominant performance of the week, beating Jill Lambrechts (6-0, 6-2) in No. 2 singles. Finally, on Tuesday against Belmont, Morris once again scored the match-clinching point for the Governors when she beat Peyton Lee (7-5, 2-6, 6-3).

While playing No. 1 doubles, Morris partnered with Schmidt handily beat Eastern Illinois’ Lauren Ellis and Bukraba-Ulanova (6-1) on Friday; before taking down SIUE’s Lambrechts and Maria Thibault (6-3) on Saturday. The two doubles wins pushed Morris and Schmidt’s then season-long winning streak to 10 matches.

In Tuesday’s match against Belmont, Morris and Schmidt were handed their first doubles loss of the season by Erin Allen and Lee (7-6 (7-5)). But the APSU Governors’ top doubles pairing has still won a team-best ten matches this season.

This is the first time that Morris has been named the OVC Tennis Player of the Week in her Austin Peay State University career and she is the second Governor to receive this honor this season; joining Schmidt, who has received the award on March 10th and March 31st.

Morris and the rest of the Austin Peay State University (APSU) women’s tennis team will be back in action when they host Murray State for their final match of the regular season at noon, Friday, at the Governors Tennis Courts. For news, match-time updates, and scores, be sure to check back at LetsGoPeay.com or follow the APSU Governors women’s tennis team on Twitter (@AustinPeayWTN).