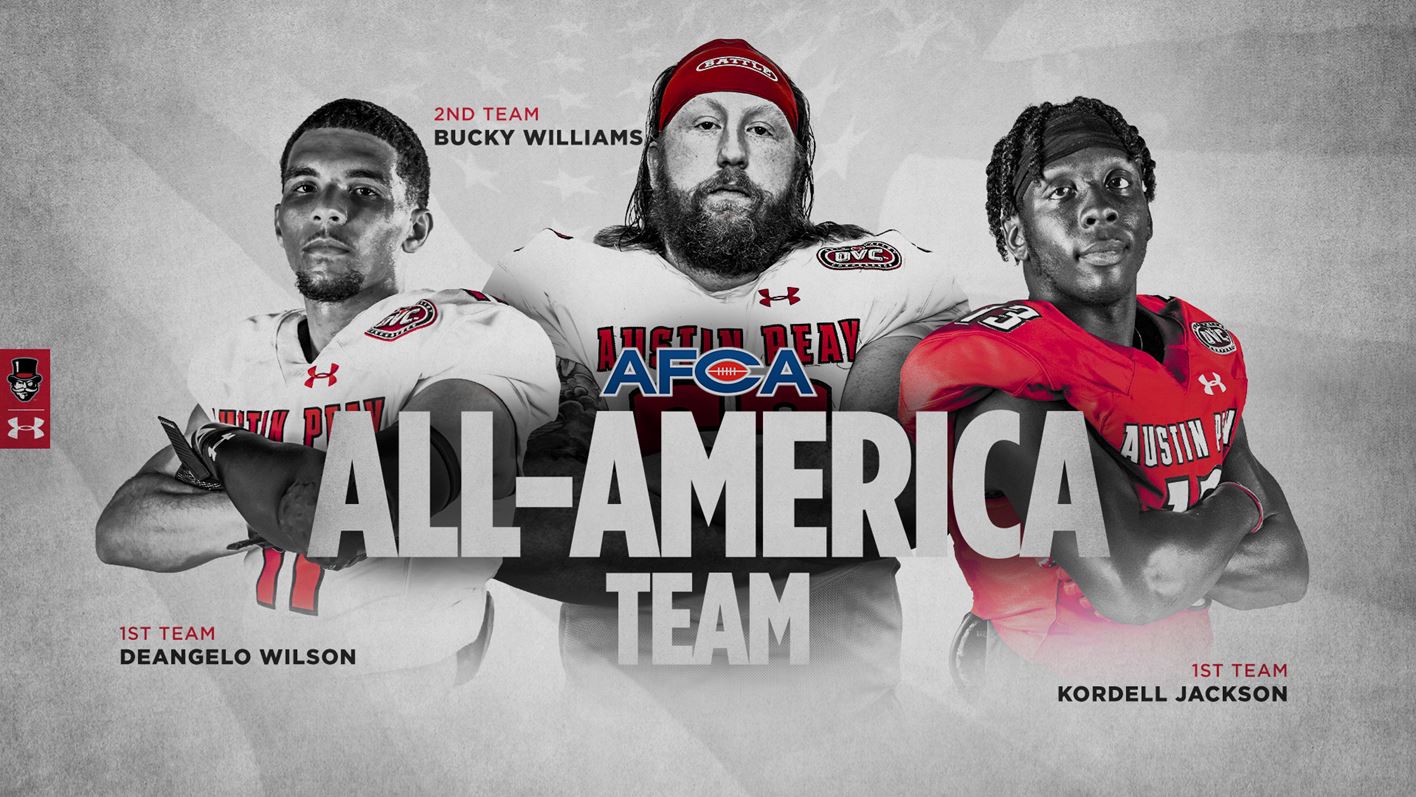 It is the second-straight year Jackson has earned All-America honors from the AFCA, which named him First Team All-America last season. 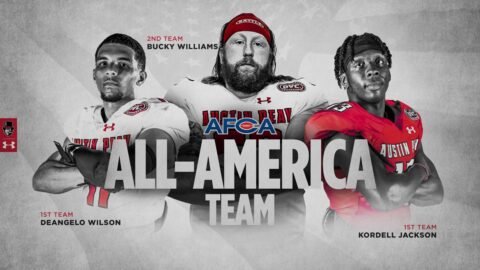 A consensus First Team All-America choice in 2019, Jackson did not see the ball thrown his way as much in 2020-21. Instead, he wreaked havoc in the opposing offense’s backfields.

Jackson led all OVC tacklers with 10.5 tackles for loss – seven of those coming in OVC play, where he also had five passes defended. Jackson recorded a tackle for loss in seven of the Govs’ nine games, including two TFL at Pittsburgh in the fall and three TFL at Tennessee Tech to open the spring.

A stalwart on the offensive line, Williams played 457 snaps (75 snaps per game) and did not miss an offensive play for the Governors in the spring while also playing on a pair of special team’s units.

Williams allowed just one sack and only four pressures in OVC play, anchoring an offensive front that averaged a league-best 30 points per game in conference play. With Williams’ protection, the Govs offense ranked second in the OVC in passing yards per game (224), rushing yards per game (154), and total offense per game (377).

Wilson followed up a record-breaking 2019 campaign with 619 yards – sixth among FCS receivers – in a shortened and disjointed 2020-21 season. He did the bulk of his damage in OVC play, where he recorded 100 yards in four of the five games he played and averaged 112.4 yards per game with three touchdowns.