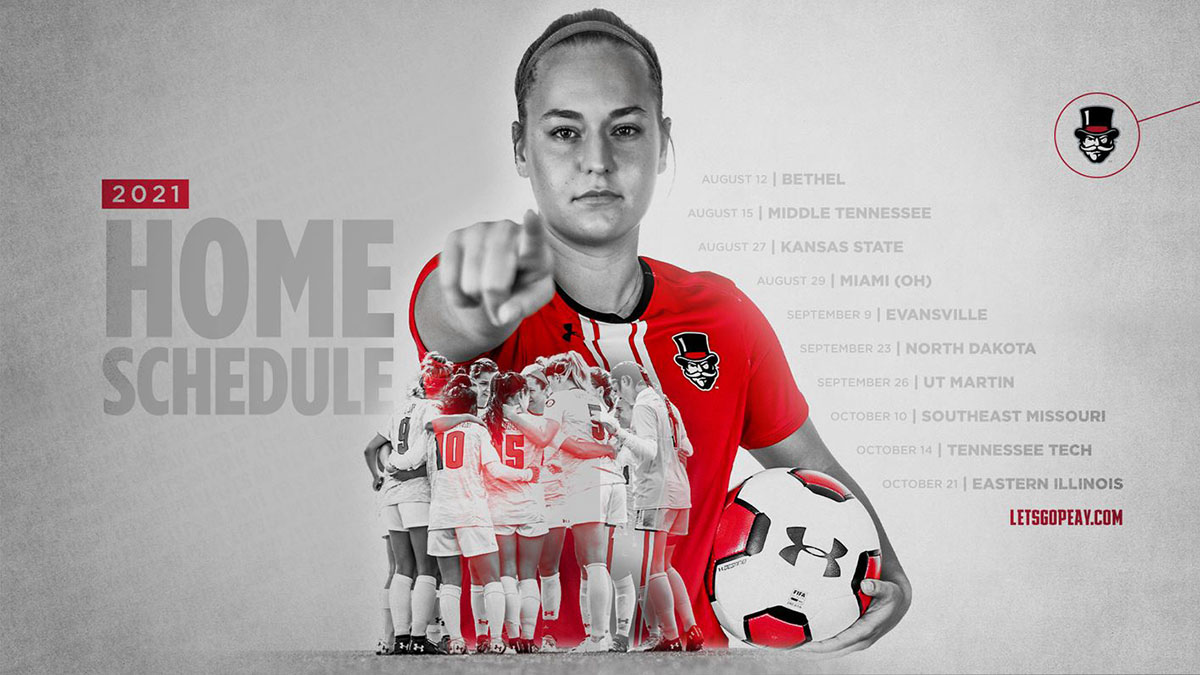 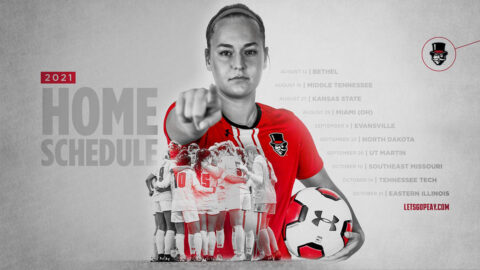 “With the loss of the fall season last year and a shortened season in the spring, it will be nice to get some games under our belt this fall,” said Kolarova. “The nonconference schedule is exciting; we have some new teams coming to Clarksville that we have never faced before in Kansas State and North Dakota. Then we also have some of the same year in, year out regional opponents that we always play to prepare for OVC play.”

Before the regular season gets underway, the Governors will host a pair of exhibition matches against Bethel (August 12th) and Middle Tennessee (August 15th) at Morgan Brothers Soccer Field. Austin Peay kicks off the regular season with two road matches, traveling to Western Kentucky (August 19th) and Lipscomb (August 22nd).

After hosting their home event, the Governors hit the road to square off with in-state rival Chattanooga (September 3rd), before returning home to host Evansville (September 12th) for the annual Go4TheGoal game. The Govs then embark on their final nonconference road trip when they travel to North Alabama (September 12th) and Alabama A&M (September 16th). For the nonconference finale, Austin Peay State University takes on North Dakota (September 23rd) at Morgan Brothers Soccer Field in the first-ever meeting between the two programs.

“We are hoping to improve upon last spring’s OVC results in many of those games,” said Kolarova. “We think we are right there alongside teams, but last season we didn’t put away opportunities we needed to in front of the goal. Our biggest conference games are always going to be the rivals Murray State and Belmont. We play both of them on the road again this fall after having both matches on the road against them last spring, but regardless of location, it’s always great competition between our teams and we will be ready.”


The OVC Soccer Championship kicks off with first-round and quarterfinal matches at campus sites, October 29th and 31st. The OVC Tournament semifinals and championship are set for November 5th and 7th, respectively, and will be hosted by the tournament’s No. 1 seed.

“Despite having a young team with 16 freshmen and sophomores in the fall, we expect to compete in every single game,” said Kolarova. “We will also have nine upper classmen returning, alongside two fifth-year seniors in Gybson Roth and Claire Larose. We will have maturity and experience to offset our youthfulness and I am excited to see how the entire group performs.”