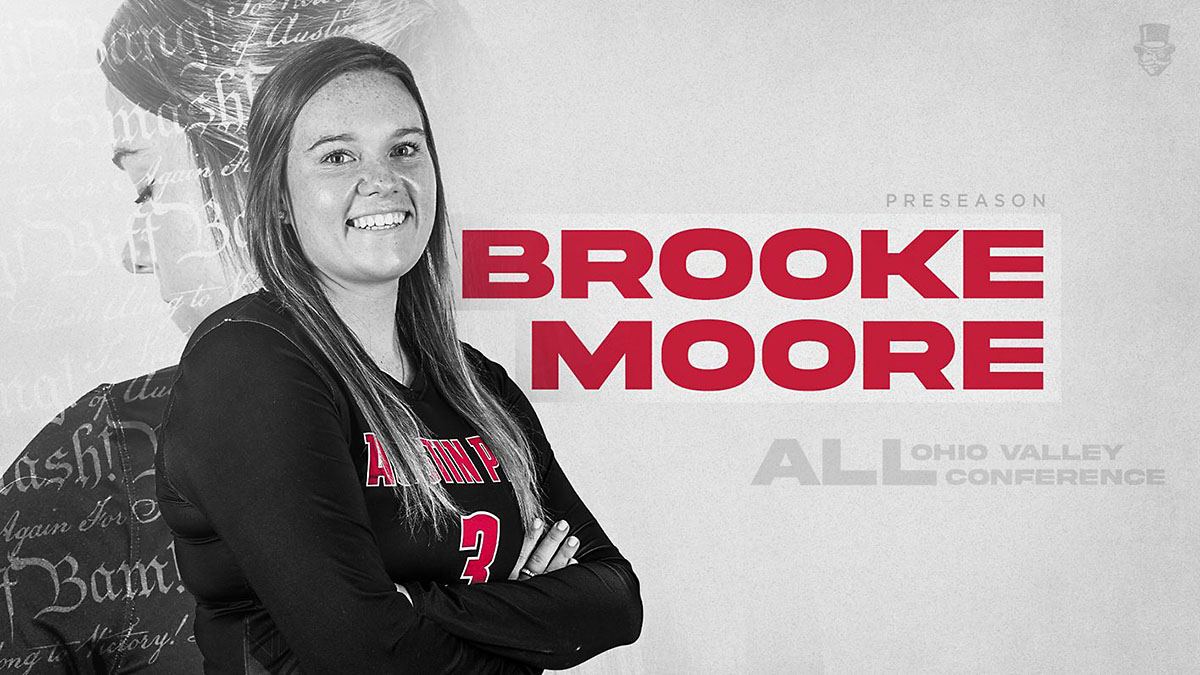 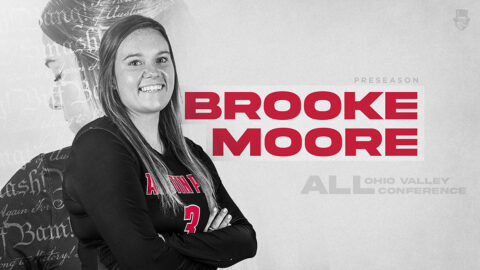 The league also announced its predicted order of finish with the Governors earning a third-place nod behind Morehead State, the defending OVC champion, and Southeast Missouri.

Moore returns for a fifth season with APSU and for the fourth time earns a nod on the preseason squad. She enters the season with 1,185 career kills and 1,235 career digs, ranking eight and 13th in program history in the two categories, respectively.

During the shortened 2020-21 season, she enjoyed her best season since her freshman campaign, with a career-best 3.43 digs per set while her .219 attack percentage was only two points shy of her freshman mark.

Austin Peay State University is 10 days away from opening its regular-season slate at the Marshall Invitational – the first of four-consecutive road weekends to begin the season. The APSU Governors open the home slate when they also open OVC play against preseason favorite Morehead State, September 24th-25th.