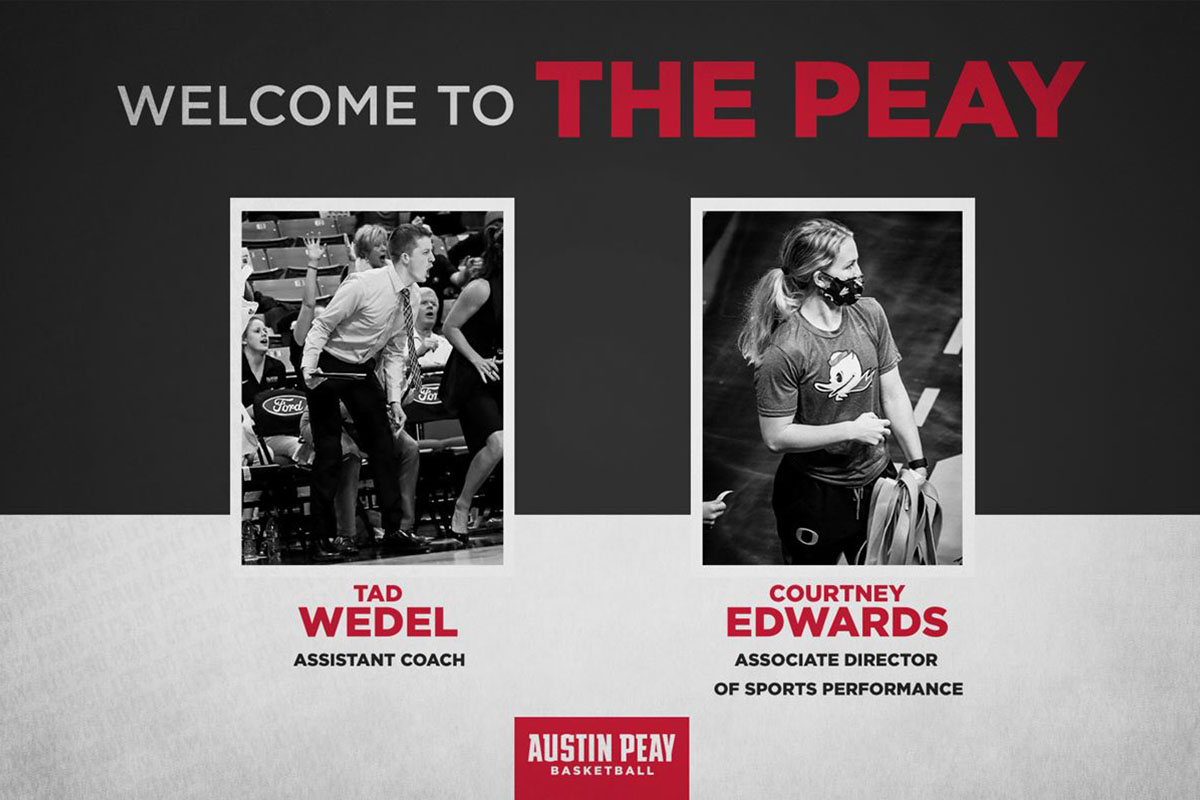 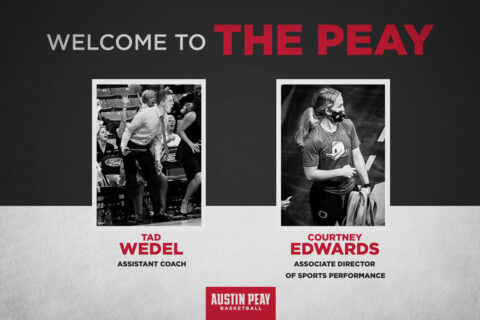 Wedel comes to Austin Peay State University after a year as the women’s basketball video coordinator at Mississippi State.

During his time in Starkville, Mississippi, Wedel was responsible for all video needs – including player and recruiting videos, game film, and practice film – for head coach Nikki McCray-Penson’s staff.

“When you organize a staff, you want to ensure that you hire individuals who are selfless and have a desire to help young people grow during such a critical period of their lives,” Young said. “Tad and I worked together at Mississippi State and during that time he really made a great impression. His work ethic is second to none, he is knowledgeable, but most importantly, he has a genuine heart for people. Tad will be a great asset to our staff here at Austin Peay.

Prior to his time at Mississippi State, Wedel spent three years as the women’s basketball creative recruiting and media coordinator at Colorado, where he was the first to have this position. Wedel oversaw recruiting branding efforts through graphics and videos and was the team’s liaison for social media content and creation.

When in Boulder, Colorado, Wedel also helped the Buffaloes with the planning and preparation of recruiting visits. On the court, Wedel assisted coaches with scouting reports and the planning and implementation of camps. Finally, Wedel helped the Colorado women’s basketball program with its statistical analysis both in-game and post-game with line-up reports, efficiency measures, and opponent play-call data.

Wedel began his coaching career at Tulsa, where he served as the women’s basketball video coordinator. From 2015-17, Wedel oversaw all video needs for the Golden Hurricanes and took Tulsa to HD capability.

“I couldn’t be more thrilled for the opportunity to join Austin Peay State University and the Clarksville community,” said Wedel. “The vision for this program under Coach Young and this administration’s leadership is extremely exciting and the commitment to providing a unique and top-tier student-athlete experience is already evident. I am grateful to be joining an outstanding staff that is incredibly invested, I know we are going to be relentless in our efforts to build teams that represent all Govs incredibly well in the years ahead!”


Wedel graduated from Kansas in 2015 with a bachelor of science in health/physical education. During his time in Lawrence, Kansas, Wedel was a student manager for the Jayhawks women’s basketball program from 2013-15.

Edwards joins Austin Peay State University as the associate director of sports performance, where she will work with the women’s basketball, volleyball, beach volleyball, and women’s golf teams, after spending two years as a strength and conditioning coach at Oregon.

“From the first conversation I had with Courtney, there was no doubt in my mind that she was an individual who was truly walking in her purpose,” said Young. “Our program was seeking an experienced performance coach and she was searching for a program that she could help elevate.  Timing is everything! Courtney is a winner and a great role model for our student-athletes.”

At Oregon, Edwards worked with the women’s basketball and softball programs, designing and implementing fluid sport performance programs that aligned with the key performance indicators of the sport. Edwards also was instrumental in helping multiple athletes train and compete at a high level following being symptomatic for COVID-19 Coronavirus.

In Edwards’s first year at Oregon, she worked with Sabrina Ionescu – the No. 1 pick in the 2020 WNBA Draft by the New York Liberty – and helped the Ducks women’s basketball team sweep the regular-season and tournament titles. Edwards also trained the softball team, which got off to a 22-2 start before the season was shut down by the COVID-19 Coronavirus pandemic.

During her time in Eugene, Oregon, Edwards also helped develop an athletics-wide “Keep it 100” initiative, which educated the athletics staff and student-athletes about voting and empowered them to make a change in their communities. “Keep it 100” resulted in 100 percent of Oregon’s eligible student-athletes being registered to vote for the November 2020 election.

Prior to her time at Oregon, Edwards spent two years (2017-19) as a sports performance coach at Army West Point, where she worked with the men’s basketball and women’s volleyball teams.

Before working at Army West Point, Edwards served as a graduate intern at Wisconsin (2017) and Texas (2015-16). At Texas, Edwards also worked as an academic mentor for student-athletes in the Longhorn’s women’s basketball and football programs.


“I am really excited and grateful for the opportunity to be working with administrators, head coaches, and staff who are committed to excellence on and off the court,” said Edwards. “As a woman in strength and conditioning, I take a lot of pride in coaching young women and developing their leadership skills. I can’t wait to see what these teams accomplish this year.”

Edwards graduated from Wisconsin in 2015 with a Bachelor of Arts in Kinesiology – Exercise Movement Science. At Wisconsin, Edwards was a pole vaulter and team captain on the Badger’s track & field teams, where she was an NCAA Track & Field Championship qualifier and the Big Ten Distinguished Scholar-Athlete in 2015. Edwards also graduated from Texas in 2017 with a  master’s of education in Exercise Science – Sports Science and Nutrition.