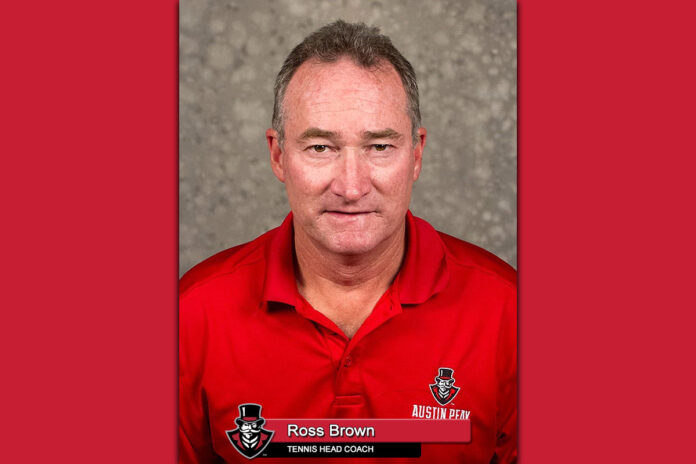 After leading the Governors on the No. 1 singles and doubles position through the final seven weeks of the regular season, Torrealba is the fifth freshman in program history to be named First Team All-OVC, joining Carolin Weikard (2010), Lidia Yanes Garcia (2016) Claudia Yanes Garcia (2016) and Leder (2021).

Torrealba went 11-5 in singles, including 9-2 from the top line. The Neu-Isenburg native won 10 of 11 matches from February 20th to April 22nd in a streak beginning with the APSU’s first-ever win against a reigning All-America selection in Kentucky’s Fiona Arrese.

Torrealba also became the first freshman in program history to be named the OVC Women’s Tennis Player of the Week, on April 19th, and went 5-2 in conference play during her freshman campaign.

Prior to the season’s start, the OVC announced it would be bringing back All-Conference Doubles Teams for the first time in women’s tennis since 1995.

Nakanishi and Torrealba became the first APSU pairing to be named to the OVC’s All Doubles Team since Susan Sheather and Andrea Hede in 1994, making the tandem the 13th unique All-OVC Doubles Team in program history.

Nakanishi and Torrealba led all APSU pairings with 10 victories this spring. After being elevated to the No. 1 doubles position prior to their match, on March 8th, against West Florida, the duo went 8-1 from the top position and won nine-straight matches from March 4th to April 22nd.

After a slow start to her redshirt sophomore season, Leder won nine of her final 10 matches from the No. 2 position and went 6-1 in OVC action. Leder has only dropped one conference singles match in the last two seasons and has a career record of 14-1 against OVC opponents.

One of the most consistent players in program history, Morris’ Second Team All-OVC selection is her second-straight, making the sixth player under Brown to receive an All-OVC nod in back-to-back seasons.

After making her spring debut in the Governors’ March 15 match against McKendree, Morris won eight of nine singles matches while playing on the No. 3, No. 4, and No. 5 lines, which included posting a 6-1 record in OVC play.

Morris became the first player in program history with a winning record across all six singles and three doubles positions following a straight-set victory on the No. 4 court against Murray in the regular-season finale, April 24th. Morris has the third-most combined victories by any Governor in the last 10 years with 112.

With four All-OVC honors, the Governors have had three or more All-OVC selections in four-straight seasons and two First-Team All-OVC recipients in five of the last six years seasons the award have been handed out.

Austin Peay State University is back in action in the semifinals of the OVC Women’s Tennis Championship, beginning with a Saturday 10:00am match at the Wesselman Tennis Center in Evansville, Indiana. The Governors face the winner of Friday’s match between Murray State and SIU Edwardsville in their semifinal contest.