Austin Peay (1-1-3) shutout UT Martin 2-0, Wednesday, for its first win of the season. Anna McPhie and Alec Baumgardt both found the back of the net against the Skyhawks, while McPhie, Tori Case, and Haley Patterson earned assists in the victory.

A Nelson, New Zealand native, McPhie leads the APSU offense with two goals and five points this season, while Patterson’s pair of assists are the best on the team.

Defensively, the APSU Governors are led by goalkeeper Chloé Dion who is having the best season of her career with three shutouts, 22 saves and a .846 save percentage while playing every minute in the goal for APSU.

Middle Tennessee (1-2-1) is coming off its first win of the season following a 3-0 against Mississippi Valley State, Saturday. MTSU tallied 31 shots in the match that featured three different goal scorers.

About the Middle Tennessee Blue Raiders

2021 Season Result: After entering the 2021 Conference USA Women’s Soccer Championship as the No. 3 seed, the Blue Raiders upset No. 2 Rice in penalty kicks, before dropping a 2-1 decision against the C-USA Champions in Old Dominion.

The Governors are coming off their first win of the season following a 2-0 victory at UT Martin, Wednesday.

Austin Peay State University is led by senior goalkeeper Chloé Dion, whose 22 saves this season are 22nd in the country and tied for second in the ASUN.

Dion also is fourth in the NCAA in shutouts with three and is one of four goalkeepers to play 450 minutes this season.

McPhie had a career-best three points against UT Martin with a goal and assist in the 2-0 victory.

After leading Austin Peay State University in goals (3) and assists (3) in her freshman campaign, sophomore Alec Baumgardt found the back of the net for the first time this season in the 79th-minute against UT Martin. 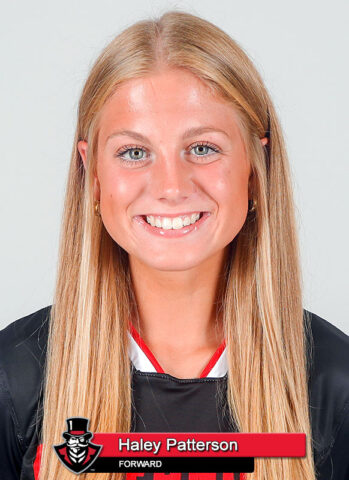 Sophomore Haley Patterson connected with McPhie on her 56th-minute goal against the Skyhawks for her team-best second assist of the season.

Junior Tori Case also assisted on McPhie’s goal against UTM for her first of the season. The Brentwood, Tennessee native’s dish moved her into a tie for 19th all-time in assists with five. She needs two assists to enter a seven-way tie for 10th all-time.

Freshmen Alison LaLance and Maddy Bellisari earned their first-collegiate starts against the Skyhawks.

Lindsey McMahon has the longest active starting streak on the team with 22-straight starts.

After a two-match in-state road trip, Austin Peay State University (APSU) returns to Morgan Brothers Soccer Field at 6:00pm, Thursday, for Youth Night and a Red Out against Belmont.