Delegates gather for the convention. 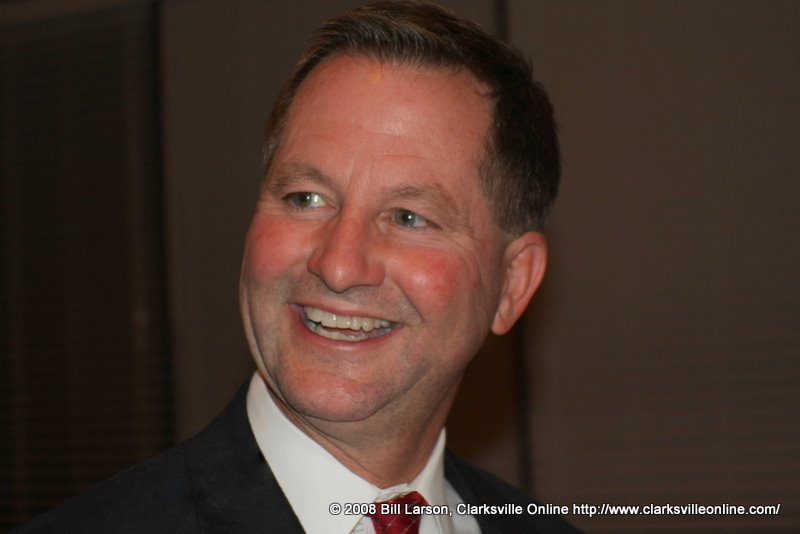 In a crowded room at the Riverview Inn, the controversial September 13 decision of Tennessee State Democratic Party Executive Committee to invalidate the August Primary election was carried out via a tri-county democratic convention convened to decide which of two candidates appear on the November ballot.  In this special called convention, sixty-five county delegates decided the Democratic Party nominee of State Senate District 22 for the November ballot. With a roll call vote, 61 delegates pledged their vote to challenger Atty. Tim Barnes, with four votes going to incumbent State Senator Kurita.

Approved delegates from Cheatham, Houston and Montgomery counties totaled eighty-two. The sixty-five credentialed delegates in attendance satisfied the requirement for a quorum. Senator Rosalind Kurita, herself a delegate, did not attend the proceedings. Tim Barnes, also a delegate, did. The standing-room only proceedings were convened on time (at 7:30 p.m.), orderly, and without outbursts or protests being voiced. There was a rotating silent protest just outside the hotel as a single protester held a sign objecting to the convention. A half dozen television cameras and numerous media photographers were present to document this breaking news story. 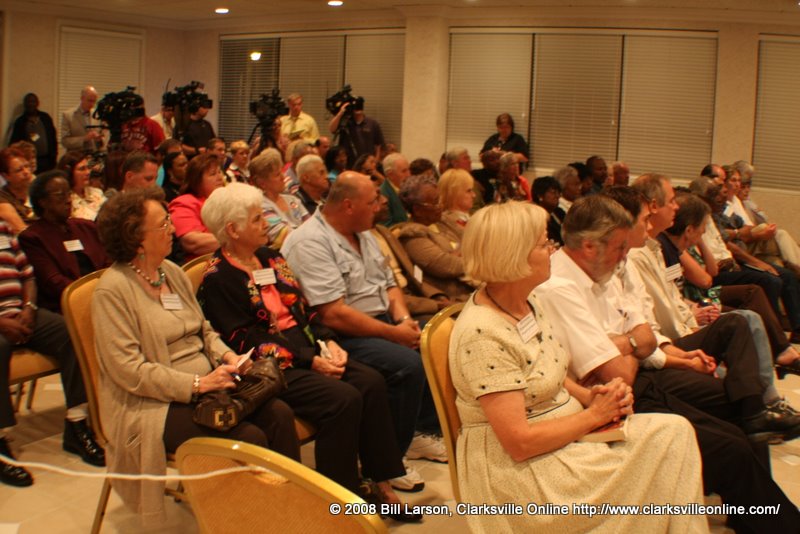 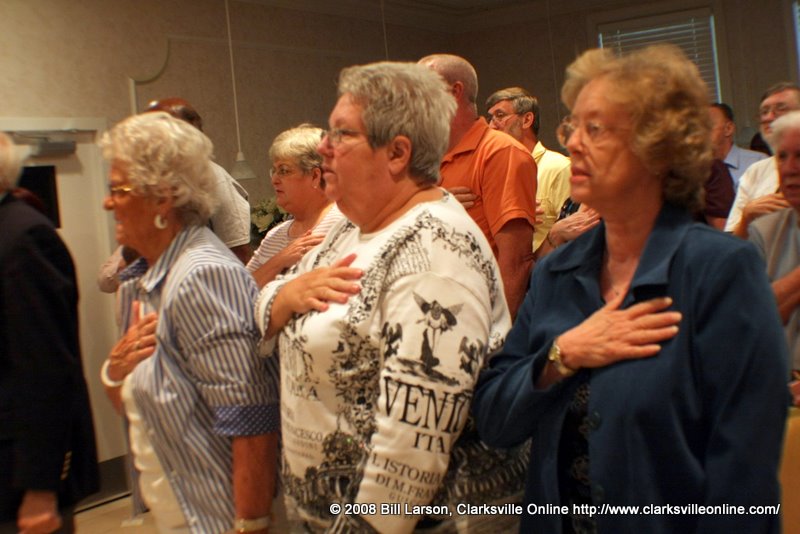 Grant Phillips, General Counsel to the Tennessee Democratic Party, then addressed the convention, summarizing events that  led to the call for this convention. Chairman Lewis declared the sole purpose of the convention was to select a Democratic Party nominee for the November ballot. No discussion of the primary, the special executive committee hearing or personal attacks would be permitted. Outbursts and unruly conduct would result in those persons being escorted from the gathering. With that, the floor was opened to receive nominations.

The nominations and the vote.

Linda Swindell, a Cheatham County voter, nominated Senator Rosalind Kurita (at right), accompanying that nomination with a statement that voters “lost their right to have their votes counted.” Ricky Wallace nominated Attorney Tim Barnes without comment.  Nominations were closed. While this process allowed for additional nominations of any candidate meeting state requirement, no other nominations were put forth.

Each nominee was allowed five minutes in which to address the delegates. Nominee incumbent Senator Kurita did not attend the proceedings and was unavailable to make a presentation; she had indicated she would not attend since she believed party delegates had “already made up their minds.”

Tim Barnes was present and addressed the delegates. He spoke of being tired, tired of scurrilous attacks on his character, his profession and the people of District 22. He stressed that his focus remains on helping the people of the district. With the everyday stress of high gasoline prices, mortgage and banking uncertainty, unaffordable health care and underfunded education, he said there was no time for character assassination. He had no personal agenda or advancement goals to exploit. He further said he would be proud to be the nominee for District 22 on the November ballot.

With the conclusion of his address, a roll call vote was conducted. With a 61 to 4 vote tally, the convention chose Barnes to be the Democratic Party nominee on the November ballot. The convention adjourned after the vote tally was declared. A press conference in the hotel lobby was held.

Supporters celebrate and Barnes gives thanks. 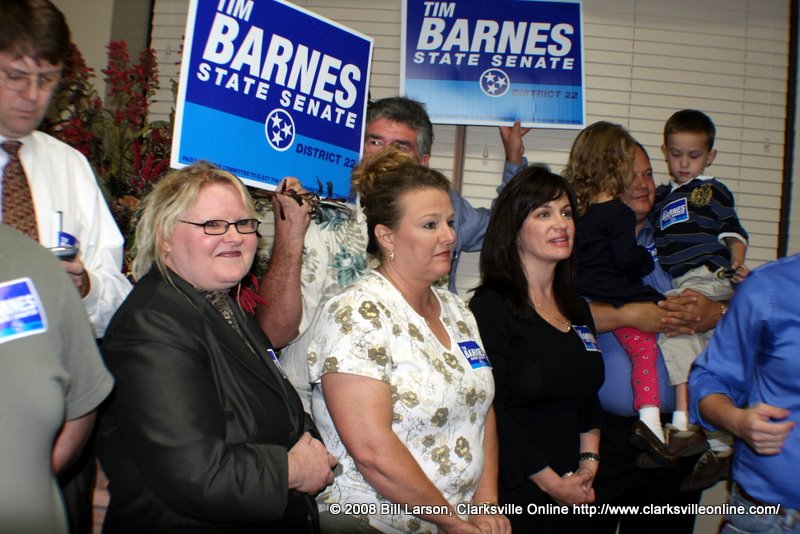 Tim Barnes supporters gathered in the lobby to cheer their candidate’s selection. With shouts of “Time for Tim!,” Barnes made his way to the rostrum, shaking hands and receiving congratulations along the way. He thanked his supporters for their steadfastness. He also thanked his wife and children for enduring the chaotic atmosphere of the past seven months. He said he was humbled by the vote and would not take this selection lightly. He is proud of his campaign, stating that it proves taking the high road can be successful. He never practiced negativism and focused instead on the concerns of working families, the people of District 22.

Barnes reiterated his reasons for pursuing the nomination: to help working families. Responding to media questions of whether Senator Kurita would mounting a write-in campaign, he said he understands she is angry but deferred the question to the state Democratic Party. When asked about possible voter backlash to the way he has won the nomination, he answered no and again deferred any further consideration on the subject to party officials.  He stated that his goal is to help the people as they struggle to make ends meet. When asked about crossover Republican voters, Barnes said there has always been been crossover voting. It becomes harmful “when it is a concerted effort to subvert the democratic process.” He acknowledged having Republican friends and welcomed any Republicans who would choose to support him with their vote.

Barnes said he would renew his campaign efforts for the people’s vote in November. He again thanked all the volunteers who have given selflessly of their their time and efforts on his behalf and asked them to continue and gear up for the next push to the November election. 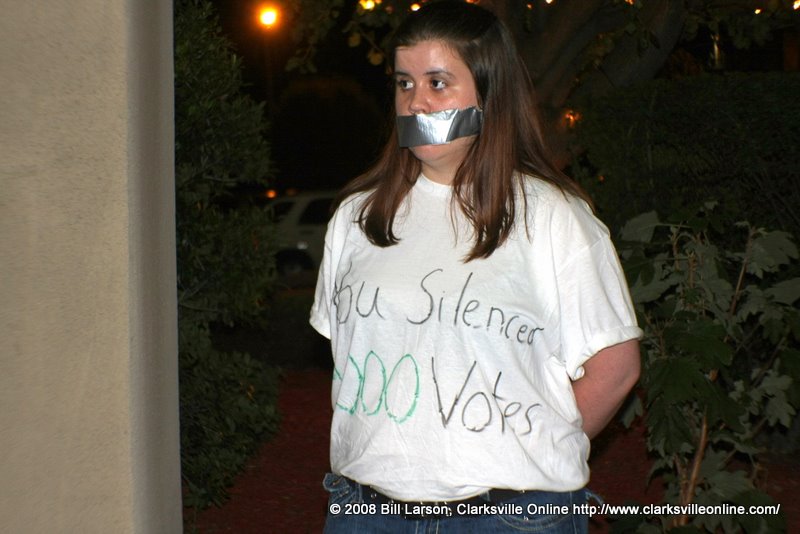 It was a tough loss for both Kurita and her constituents, who favored her stand on issues including the environment and women’s issues, among other concerns. Outside the Inn, several people protested the not only the decision but the process, with duct tape over their mouths as a symbol of their vote for Kurita being silenced.

Kurita, as many voters have speculated, is planning a write-in campaign for the for the November 4 election. Barnes, who at one point on primary night thought he had won the election only to find minutes later he lost by 19 votes, challenged that original election, an action that last Saturday resulted in eight hours of testimony and the invalidation of the primary race by the Democratic State Executive Committee.

Ironically, for all the controversy this process incurred, the primary race attracted less than 12% of registered voters, hardly a mandate. Kurita won that by 19 votes. Barnes challenges the election results, calling for a recount,, which, with voting machines, only repeats the totals, not the votes. In another bit of irony, the current electronic voting system in Montgomery County will be replaced by a verifiable voting system — but not until after the presidential election in November. Barne’s challenge to the election was not only the close vote but other alleged irregularities at county polling places.