The highlight of the Arts and Heritage Development Council’s annual membership drive was the Lifetime Achievement Awards presentations at Emerald Hill Pace Alumni Center. The festive atmosphere of the gala event was well suited to the occasion. Splendid appetizers and refreshment accompanied by the soft chamber music played by APSU Music Dept. students graced the warm and cordial atmosphere of the evening as family, friends, co-workers and AHDC members greeted one another and mingled freely.

Friday evening, November 8th, the Arts and Heritage Development Council of Clarksville and Montgomery County bestowed its Arts and Heritage Lifetime Achievement Awards during the Annual Membership Drive at Emerald Hill Pace Alumni Center. This event is held to raise money through memberships and to honor outstanding citizen’s who have made enormous contributions in the Arts and in Heritage.

This year’s Arts Lifetime Achievement Awards were presented to Sharon and George Mabry. The Mabrys have excelled in individual music careers and endeavors that have earned each of them success and renown in the higher echelons of professional music performance circles. The Heritage Lifetime Achievement Award was presented to Riley Darnell, Tennessee Secretary of State. 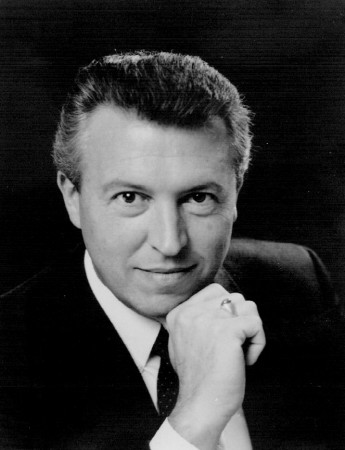 Dr. George Mabry, director of The Nashville Symphony Chorus since 1997, is professor of music emeritus at Austin Peay State University in Clarksville. He retired from full time teaching in 2003 after thirty-three years as Director of Choral Activities and director of the Center for the Creative Arts.

Dr. Mabry’s choirs have performed for national and regional conventions of the Music Educators National Conference and the American Choral Directors Association. A native Tennessean, he holds a bachelor’s degree from Florida State University and master’s of music and doctor of philosophy degrees from George Peabody College for Teachers at Vanderbilt University. Dr. Mabry is active as a choral clinician and festival adjudicator. He has conducted All-State Choirs and Collegiate Honor choirs in Kentucky and Virginia. He is an accomplished composer and arranger, with many of his works published by Roger Dean, Sacred Music Press, St. James Press and Hinshaw Music.Under his direction, the Nashville Symphony Chorus appears on CDs of Beethoven’s Missa Solemnis, George Gershwin’s Porgy and Bess and John Corigliano’s Dylan Thomas Trilogy.

In 1984, Dr. Mabry’s musical Clarksville Movin’ On, was premiered as part of the Bicentennial celebration of the City of Clarksville. In 2003, Dr. Mabry was the recipient of the Tennessee Arts Commission Governor’s Award in the Arts for Arts Leadership and the Tennessee Arts Academy Spirit of Tennessee award for his creative leadership in arts education. In 1983, he was honored as the first Austin Peay faculty member to receive both the Distinguished Professor Award and the Richard M. Hawkins Award for Scholarly and Creative Achievement. 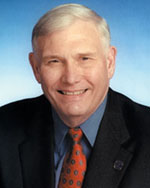 Riley C. Darnell has been a central catalyst in preserving the heritage of Clarksville and Montgomery County. In his distinguished career, Secretary of State Darnell graduated from APSU (1962) with a degree in History. he holds a JD Degree from Vanderbilt University’s School of Law in 1965, and served in the U.S. Air Force as a Captain and Judge Advocate General between 1966-1969.

After military service, Riley returned to Clarksville to practice law. In 1970, Darnell was elected to the Tennessee House of Representatives from the 67th District and served there for five two year terms. While in that position he worked hard to promote APSU, Clarksville and Montgomery County.

Riley was elected to the State Senate in 1980, where he rose to be Majority Leader of that legislative body. During his service in the Senate, he exerted tremendous influence in two heritage projects in Clarksville. The first was the campaign to prevent the demolition of Harned Hall, the most historic site on the APSU campus. As Majority Leader, he lent his considerable support and worked to obtain funds for adaptive reuse of the historic building as a high tech classroom and office building. This support was crucial in the preservation of Harned Hall.

Between 1980-1984 an effort was launched to establish a Clarksville-Montgomery County Historical Museum. Initiated during the administration of Mayor Ted Crozier, the project was to be supported by money generated by a tourist hotel tax. The tax gave 25 cents of each dollar collected by the City and County to finance the project. Additional financial support was to come from private fund raising and a major donation from the estate of Donald and Finley Gracey.

Darnell was a robust supporter of the Museum Project. When it was evident that success of the Museum warranted expansion, Darnell, as majority leader of the State Senate, was instrumental in obtaining funding.

A major blot on Clarksville’s political history occurred in 1992. Riley Darnell was defeated for re-election to the State Senate. Fortunately, his former colleagues in the House and Senate selected Darnell to the position of Secretary of State. A move greatly lauded by his many friends and the Darnell family in particular.

This post was most suited to Riley’s experience and abilities. It included the office of keeper of the state’s records, registry of corporate charters, and other state commercial records. Darnell is in charge of the State Election Commission and Election Finance. Further, the Secretary of State is the Chairman of the State Library and Archive Management Board. He is currently planning a new and expanded State Library and Archives which will undoubtedly be a major legacy of his service.

Secretary Darnell most recently was a major contributor to our communities efforts to obtain a $2.2 million TDOT Grant to finance the establishment of the Fort Defiance Historical Park. Thanks to the work of Secretary of State Riley Darnell and House Majority Leader Kim Mc Millan, Governor Phil Bredesen awarded the grant to the City of Clarksville. Construction of the Interpretive Center will begin at the end of October, 2008.

Riley Darnell has been instrumental in preserving the heritage of our community. He has done so quietly, and effectively. Riley has been a great public servant in the best sense of that concept. AHDC is honored to present the 2008 Heritage Lifetime Achievement Award to Riley C. Darnell. 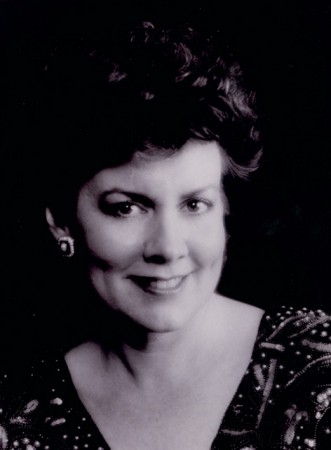 Sharon Mabry, mezzo-soprano, began her teaching career at Austin Peay State University in 1970. She holds the Bachelor of Music Education degree from Florida State University, the Master of Music and Doctor of Musical Arts degrees from George Peabody College (Vanderbilt University), and a Performance Certificate from the Franz-Schubert-Institut in Austria. Though she has taught a variety of courses within the music curriculum, her primary responsibilities have been to teach private voice and vocal pedagogy. She has been Director of Graduate Programs in Music since 1991. As Artistic Coordinator of the Dimensions New Music Series since its inception in 1980, she has brought more than 60 composers to the campus for lectures, performances, and master classes benefiting students and the community at large.

Mabry’s awards include a National Defense Education Act Fellowship for graduate study, the Richard M. Hawkins Award in Scholarship and Creative Activity and the 2003 Distinguished Professor Award at Austin Peay State University, and two major grants from the National Endowment for the Arts: a Solo Recitalist Fellowship and a Recording Grant. Her seven LP and CD recordings have received outstanding critical acclaim and have been aired on FM stations internationally.

Mabry has established a distinguished career as a recitalist, master teacher of vocal techniques, soloist with symphony orchestras, and has performed at international music festivals, premiering the works of over thirty composers. She has presented major performances in venues such as the National Public Radio Art of Song series, Merkin Concert Hall (New York City), Corcoran Gallery of Art (Washington, DC), the International Congress on Women in Music (University of Alaska), the International Music Analysis Conference (London, England), The National Gallery of Art (Washington, DC), and three national conventions of the National Association of Teachers of Singing.

During the 2004-05 season, Mabry sang the leading role of George Sand in the premiere of a new opera, George Sand and Chopin, written for her by nationally known composer Persis Vehar. Performances took place in Tennessee and New York. This past season, she was a guest soloist with the Alias Chamber Ensemble in performances at the Schermerhorn Symphony Center in Nashville and conducted master classes and/or performed recitals in several venues including the University of Minnesota.

Since 1985, Mabry has been a featured writer for the National Association of Teachers of Singing Journal of Singing, contributing over 100 articles with her column, New Directions, which discusses trends in contemporary music. Additionally, she has written articles about women composers for Pan Pipes, the International Association of Women in Music Journal and the New Grove Dictionary of Music. Oxford University Press published her book, Exploring Twentieth Century Vocal Music: A Practical Guide to Performance and Repertoire in 2002. Reviewers have called the book “elegantly written, persuasive, eminently readable, and informative.” It will be published by Oxford in a paper back edition in 2008.

During her years in Clarksville, she has performed on numerous occasions in recital, as soloist for choral and orchestral concerts and other events such as the annual Madrigal Feaste, Cabaret Night, and Center for Creative Arts Galas that took place throughout the 1980’s and 90’s at Austin Peay. In addition, she has entertained at many community functions for Clarksville area civic clubs and arts organizations.