Clarksville, TN – On April 4th, 2011, around 8:25pm, officers were called to investigate an alleged sexual assault which had already occurred.

According to the victim, Gregory Shearer, a gun was pointed at him and he was forced to have sexual relations at various locations around Clarksville. 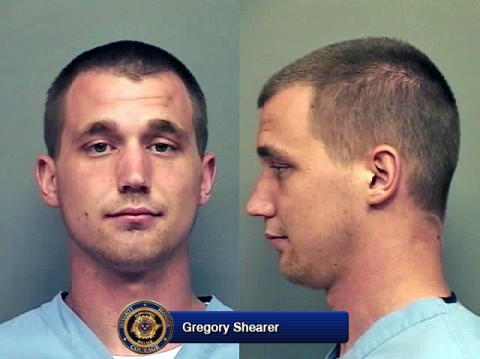 An investigation by Detective Ray Colon, which spanned several hours, uncovered several discrepancies in Shearer’s story. He determined the gun was actually a starter pistol and Shearer knew it was not a real gun. The alleged victim had been left alone on several occasions and came in contact with multiple individuals and did not call Police for assistance.

Detective Colon ascertained that a sexual assault did not occur and Shearer had fabricated the story.