Clarksville, TN – The Native Cultural Circle (NCC) of Clarksville will be holding their 15th annual Intertribal Powwow on October 13th and 14th; the festivities begin around 9:00am on Saturday, and 10:00am on Sunday. The Grand Entry that officially opens each day begins around Noon. Come out and take part in a two day celebration of Native American Culture and traditions.

It does not matter if you are a Native American, or not! Everyone is welcome! Being your family out and share in the fellowship that is such a huge part of Native American culture. Let the tranquility of the powwow grounds refresh your spirit.

This year, the Head Man will be Jesse Cross; the Head Lady Mayola Maize. The Master of Ceremonies will be Faron Weeks. Bob “Two Bulls” Tully will be serving at the Arena Director; the Head Veterans are Clyde Maize & Charles Page; Powwow Princess is Eaglehorse Twodog. The Host Drum will be the White Horse Singers from Alabama. Guest Drum will be Meme’s Boyz Drum. You never know when other drum groups may drop by unannounced for this years powwow as well.

With this history in mind Native Americans consider the powwow grounds sacred. To commemorate the suffering of their ancestors during their forced relocation, on Saturday October 13th the Native Cultural Circle will be holding their 6th Annual NCC Trail of Tears Memorial Walk. Walkers meet by the kiosk in the Trail of Tears area of Port Royal State Park at 10:15am. The walk begins at 10:30am. 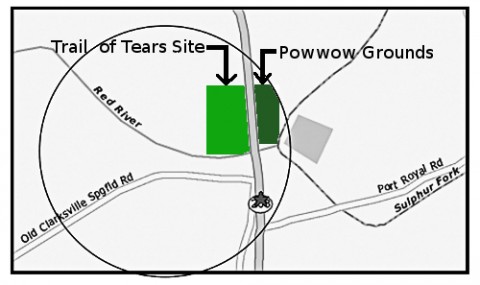 The Powwow features Native American dances; some invite public participation. The Hui Hawai`i O Tenesi Hawaiian Civic Club will be performing on Saturday. There will also be Silent Auction, Story telling; and craft demonstrations including a very talented blacksmith and a pipemaker.

A silent auction will take place on Saturday and Sunday for the duration of the powwow. Auction items are located in the Native Cultural Circle tent, behind the MC stand. The auction closes at 4:00pm, Sunday Afternoon. Winners not in attendance at the conclusion of the auction will be notified by telephone.

For those who can’t attend for both days there will be a buy it now price available.

Mary Anne Plante or Grandma Minnie was born on the banks of the Mississippi River in Memphis, Tennessee on April 7th, 1959. Grandma Minnie has been enchanted by words and has been magically weaving them together to create and tell stories. Her first stories were about her friends Pete and George (her parents said that they were imaginary, but she insists that they were real).

She gives God the credit for giving her the gift to be a story teller. Grandma said “Telling stories keeps me young at heart and lets me see through the eyes of children”.

Grandma Minnie now hails from Jackson, TN where she lives with her husband, Jay Plante. She has two grown daughters, Anna and Erin, and two precious granddaughters, Ella and Karah. Grandma says that she is enjoying the blessings of one of the most beautiful seasons of her life. She told me “Every time that I have one or both of my granddaughters in my arms, I feel like I’m in heaven and that’s what telling stories is like too.”

There is no charge for parking.

Proceeds from the Powwow are used to purchase Native American books which are donated to area school libraries. Donations are appreciated. Visitors are reminded to wear comfortable shoes, bring a lawn chair, and to wear sun cover and a good sunscreen.