The Lady Govs are 5-1 in exhibition contests under head coach Carrie Daniels, including five consecutive wins against NAIA competition. 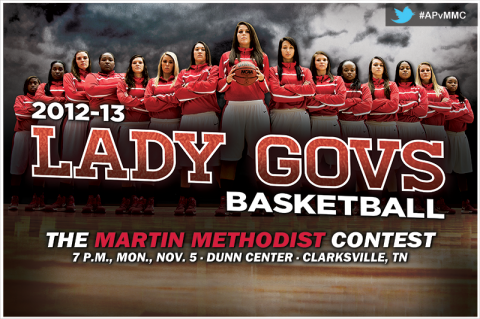 Martin Methodist, located in Pulaski, got its regular-season slate underway October 26th and has a 2-3 record, including an 81-49 victory against Pensacola Christian, Saturday. The RedHawks played UT Martin in a November 1st exhibition contest, losing a 96-57 decision.

Austin Peay and Martin Methodist have met four times previously during the regular season, APSU holds a 2-1 series lead but MMC won the last meeting between the two teams in 1998.

What You Need To Know