Clarksville, TN –  Senior forward Anthony Campbell, of the Austin Peay State University men’s basketball team, has been named the Copies in a Flash APSU Athlete of the Week.

Campbell averaged 22.5 points and seven rebounds in two losses last week, scoring at least 20 points in both contests and for the fourth time this season. He had 22 points against Utah Valley State, including three three-pointers. 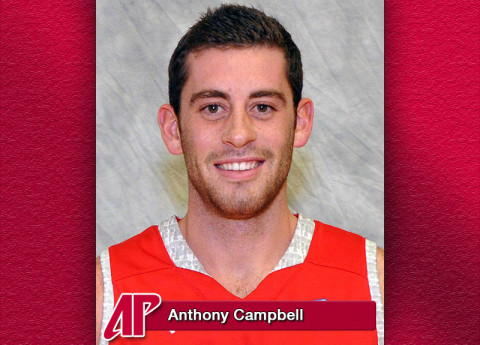 The Edwardsville, IL native led the Govs with 23 points and pulled in a season-high nine rebounds against High Point. His efforts earned him a spot on the Dr. Pepper Classic All-Tournament team.