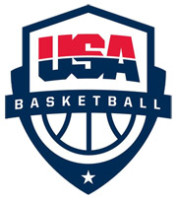 Clarksville, TN – University of Tennessee rising sophomore Bashaara Graves and incoming freshman Jordan Reynolds are among 34 of the nation’s top athletes age 19 or younger who have accepted invitations to participate in the 2013 USA Basketball U19 World Championship Team trials, USA Basketball announced Tuesday.

Trials to select the 12-member USA squad will be held May 16th-19th at the U.S. Olympic Training Center (USOTC) in Colorado Springs, CO. The unit will represent the U.S. in the 2013 FIBA U19 World Championship, hosted by Lithuania from July 18th-28th in Klaipeda and Panev?žys.

The 6-foot-2 Graves (Clarksville, TN/Clarksville High School), the 2013 SEC Freshman of the Year and a Full Court Freshman All-American, will join 5-11 McDonald’s High School All-American Reynolds (Portland, OR/Central Catholic H.S.) in hopes of making the team. The USA squad, which will report for training on July 1st at the USOTC prior to traveling to Europe for the competition, is on a mission to capture a fifth-consecutive gold medal at the U19 Worlds.

Graves is one of six members of the 2012 USA U18 National Team that captured the FIBA Americas U18 Championship last July to secure a berth in this summer’s U19 competition.

“This group has a nice nucleus with some former gold medal winners in the mix and some new candidates that will allow us to field a very competitive team,” said USA Basketball Junior National Team Committee chair Jim Foster, who has been a member of nine different USA Basketball coaching staffs.”

Drawn into Group D, the U.S. will play its preliminary and second round games in Panev?žys, and opens against Lithuania on July 18th, followed by China on July 19th and caps the preliminary round against Mali on July 20th.

The top three finishing teams from each first-round group will advance to the second round, held July 22nd-24th. The 12 nations qualifying for the second round will be divided into Groups E and F. Each team will play the three new teams in its new group, with all results of games played in the preliminary round carrying over to determine the second-round standings.

“I think it’s a fantastic, dynamic, diverse group for international play,” said USA and University of Miami head coach Katie Meier. “The committee understands the important parts of what it takes to win internationally. There’s a lot of great and versatile size in this group, some really dynamic players who can do a lot of special things from 20-feet in. This is a really exciting, athletic group who are also very, very skilled. That’s a real sign for the growth of our game throughout the country, that the U19s have this level of skill.

“This is going to be a very competitive trials. We’ve got a lot to play for, and the young ladies who have already won gold have already proven how competitive they are. But, I think there will be another sense of, absolutely, nothing is given. There’s no automatic ‘you’re going to make the team.’ That’s obvious. We don’t even have enough slots for everyone who’s won a gold medal, and then you look at the rest of the talent who’s coming in hungry for their first chance to win gold. We’re going to see a very, very high level of competition and probably some of the best scrimmages we’ve ever seen.”