Montgomery County, TN – A high school principal has resigned to take a position in North Carolina and a number of administrative appointments have been made in the Clarksville-Montgomery County School System for the 2013-14 school year.

West Creek High School Principal Dr. Tosha Diggs has announced her resignation to take a principal position in North Carolina near her family. The West Creek High principalship will be posted today with hopes of filling the position before school starts on August 7th.

Diggs made the announcement to her staff and West Creek students and parents Thursday night.

In her words, she said, “I have been offered the opportunity to return to my home state of North Carolina and assume a high school principalship. This has been a very challenging decision to make, but after much thought I have decided to accept the opportunity. This allows my husband and me to be closer to our families.  I have truly loved my time at WCHS.  This was a very difficult decision for me because of all the great people, experiences and opportunities I have encountered in this school system and the awesome things we have planned for the upcoming school year.”

CMCSS has made several administrative appointments for the coming school year. 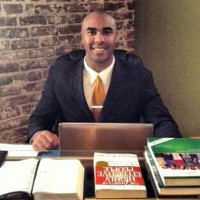 Marlon Heaston has been appointed assistant principal at Northwest High School for the 2013-14 school year. He replaces Nathan Lang who is taking a job in Nashville Metropolitan Public Schools as elementary schools curriculum director.

Heaston earned his master’s of education degree from Trevecca Nazarene University and currently is pursuing his doctorate. He received a B.S. of education in health from Southern Illinois University.

He was the starting safety on defense for the  Southern Illinois University, and was on the 2004 Missouri Valley Conference All-Academic Team. He recently presented at the SW Centers of Regional Excellence (CORE) Mathematics Institute. Most recently he has served as an algebra teacher at Covington High School in Covington, TN. where he developed, implemented and encouraged quantum learning and interactive algebra programs to drastically improve student achievement. He has implemented a number of innovative math support programs and has been publicly recognized for the results.

Ms. BeCraft has taught as an elementary teacher in Metro Nashville and at Sumner Academy in Gallatin, TN. She was the Executive Director of the Child Care Program at the Preschool Cooperative of Knoxville and was a child care specialist at the Child Study Center at East Tennessee State University.  She earned her master’s degree in educational leadership and master’s in ELL instruction (Pre-K through 12) from Trevecca Nazarene University. Her B.S. is in education from East Tennessee State University.

Ptosha Maclin, who serves as an academic coach at Barkers Mill Elementary, will be Assistant Principal at Kenwood Elementary School for the next school year.

Ms. Maclin has worked with CMCSS since 2002 as a teacher at Hazelwood and Barkers Mill Elementary Schools. She has been an academic coach since 2008. She earned her Education Leadership Endorsement from the University of Tennessee-Martin, her M.S. in education from Walden University and her B.S. in elementary education mathematics from Austin Peay State University.

Donna Myers, who has worked in special education in CMCSS since 1996, has been named Assistant Principal at Northeast Middle School for the upcoming school year.

She earned her master’s degree in instruction and curriculum with an administration endorsement from Cumberland University. She received her B.S. in education from Austin Peay State University.  Most recently, she has served as special education department co-chair.