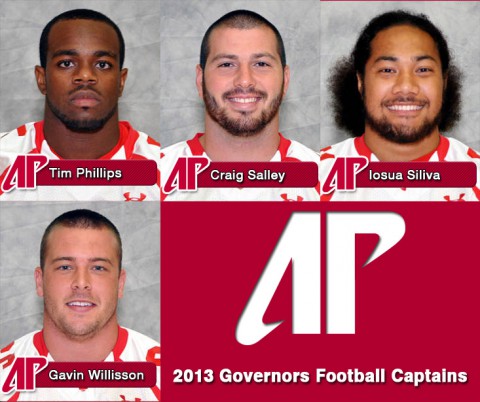 In addition, head coach Kirby Cannon has announced the team leadership council for 2013. The council (two from each class) serves as a liaison between the players and the coaching staff.

In addition, the two freshmen members, wide receiver Rashaan Coleman and cornerback Roderick Owens, were elected by their fellow freshmen.

APSU will open the 2013 season, 5:00pm, Saturday when it travels across state to face Tennessee in Neyland Stadium.