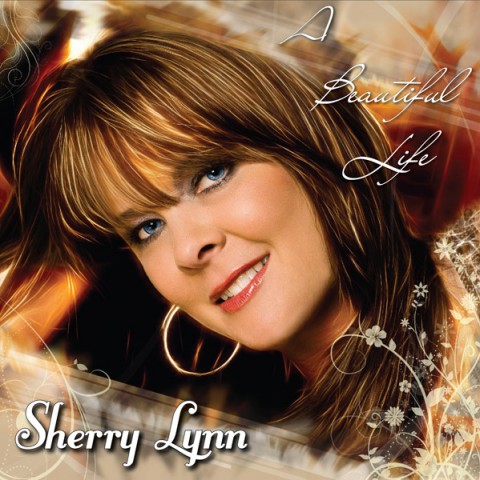 The duet, written by award-winning tunesmith Danny Wells (“Check Yes Or No,” “These Days”), Jose Luis Pagan and Sarah Lenore, is the project’s title track and the song Lynn performed on her Grand Ole Opry debut with Crystal.

Also drawing the attention of fans and industry veterans is the story-based mid-tempo “Slip Into Something Mexico.” Fiddle riffs deftly interplay with Lynn’s poignant vocal and bring a shine to the Joe Lickteig / Mike Lane / Tamika Tyler composition. With its tale of “big city” dreams, the grittier “So Much More” could be the story of Sherry’s life – and she nails the Dave Tough / Justin Busch number with conviction and commitment.

This “small town” girl has definitely made it to the big time. In 2013, she not only made her Grand Ole Opry debut but entertained crowds at the CMA Music Festival as well. “Last year was huge for me,” notes the vivacious brunette. “I played more shows at more prestigious venues, and the early response to the new music is exciting. I’m eager to see what 2014 brings.”

Born in Woodbury, New Jersey and now splitting her time between Sewell, NJ and Nashville, TN, Sherry began her career in 2006 when she opened for Sammy Kershaw at Pitman, New Jersey’s historic Broadway Theatre.

Since then, she has released two CDs, a Christmas EP and has gone on to share the stage with Miranda Lambert, Crystal Gayle, the Oak Ridge Boys, LeAnn Rimes, Randy Houser, Gene Watson, John Rich, Chris Young and more.

Fans can download “A Beautiful Life” now on iTunes and connect with Sherry online at these social media sites: