Nashville, TN – Nashville Sounds infielder Matt Clark has been named the Pacific Coast League’s Batter of the Week for the August 18th-24th period.

The red-hot 27-year-old posted a .536 average (15-for-28), recording multiple hits in each of last week’s contests, with three home runs and nine RBIs in seven games over the stretch. 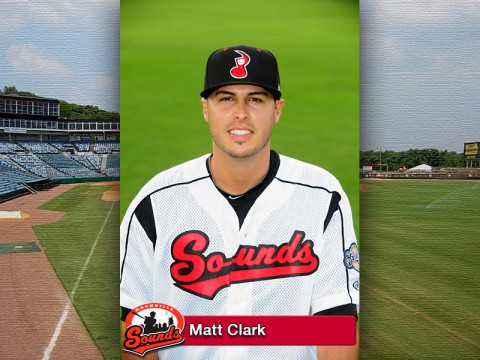 Clark clubbed his 13th homer of the year on Sunday night at Greer Stadium to extend his current hitting streak to 14 games.

The 14-game hit streak, during which the California-native is batting .482 (27-for-56), is the 2nd-longest by a Sounds player this season.

Clark’s award is the second accumulated by a Sounds player during the 2014 season (also Mike Fiers, April 28th-May 5th) and the first PCL honor given to a Nashville batter since Caleb Gindl in 2012 (August 20th-27th period).

The award is the fourth weekly honor of Clark’s seven-year career. He was previously honored three times by the Texas League in 2010.