Montgomery County, TN – Two have been arrested in a methamphetamine lab found at a Providence Boulevard motel early this morning.

Jennifer Owens, 29, who gave a 59 Chestnut Drive address and Christopher Duncan, 22, who gave a 511 Linda Lane address were booked into Montgomery County Jail and charged with initiating the process of methamphetamine production. 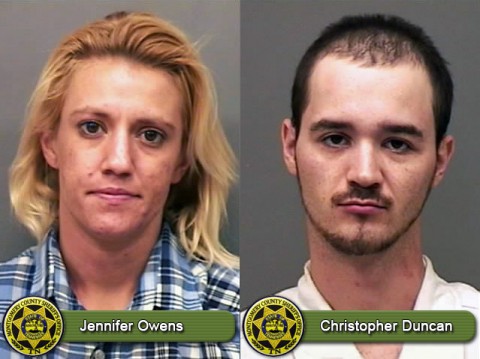 Clarksville Police and Clarksville Fire Rescue were dispatched to a possible fire at the hotel, and officers noticed smoke coming from the building. Officers had to knock on several doors to find out the source of the smoke.

Agents found components used to make methamphetamine, and one hotel room was quarantined after the incident.