Nashville, TN – A joint investigation involving the Tennessee Bureau of Investigation, the U.S. Marshals Service and the Clarksville Police Department has resulted in the recovery of a 9-year-old boy who was taken from Clarksville earlier this year.

Christopher Ponce was the subject of an Endangered Child Alert issued February 27th, after he was taken by William Stanley King following a custody hearing that day, in which King lost custody of Christopher. King, who also went by the name William Allen Borck, was married to Christopher’s mother.

During the course of the investigation, TBI Special Agents developed information that Ponce and King were staying in the outskirts of Mexico City.

Cooperative efforts between Agents, U.S. Marshals and Mexican authorities resulted in King being captured early Thursday at a FedEx store in that area.

He initially refused to tell police where Christopher was, but Mexican authorities were ultimately able to gain information about the location of the child and found him safe and in good health. 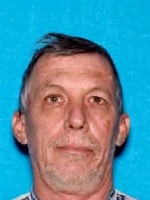 Christopher Ponce was brought back to the United States today to be reunited with his mother.

William Stanley King is also being returned to the U.S., where he is expected to face charges out of Clarksville of Especially Aggravated Kidnapping, Filing a False Report and Custodial Interference.