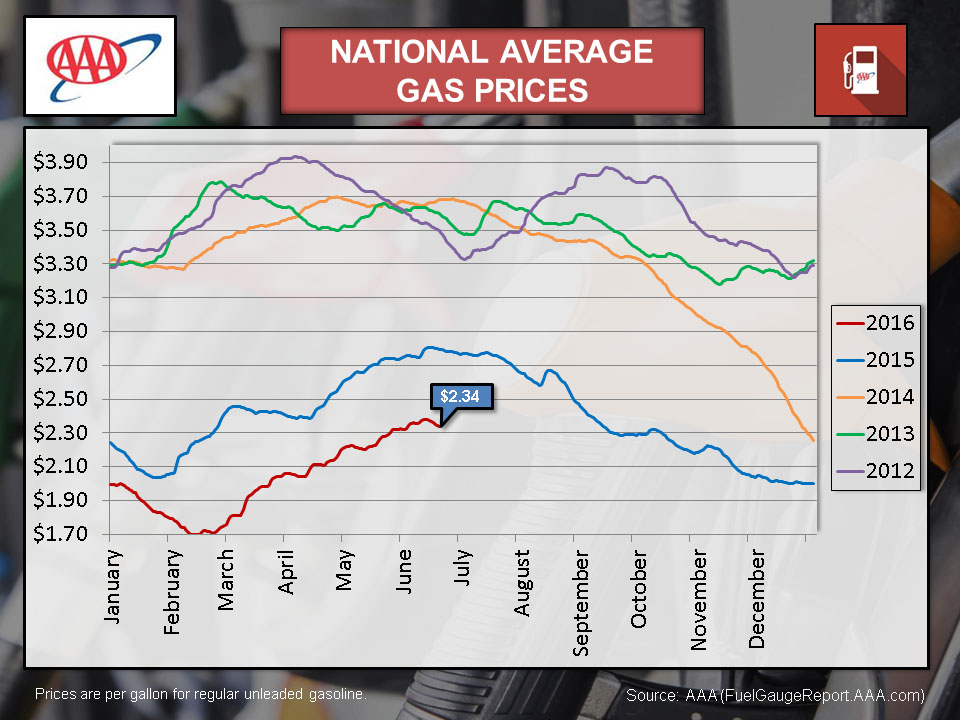 Tampa, FL – Gas prices may have hit their annual peak. The national average price for a gallon of gasoline has declined for eight consecutive days. Regionally, prices have been falling longer: 12 days in Florida (5¢) and Georgia (6¢), and 11 days in Tennessee (6¢).

“Gas prices usually hit their highest point of the year during the first six months and that could be what has happened in the past couple weeks,” said Mark Jenkins, spokesman, AAA – The Auto Club Group. 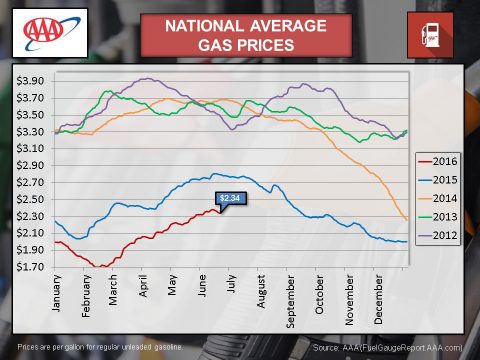 “Gasoline supply shouldn’t be a problem moving forward, as refineries increase production this time of year to meet increased demand for the summer travel season,” stated Jenkins. “However, pump prices could rise if there are swings in the price of crude, supply disruptions, or if a major storm moves into the Gulf of Mexico. After the summertime, prices usually decline through the fall and winter seasons, as people drive less and demand for fuel declines.”

The price of crude oil continues to have a major impact on prices at the pump, and crude prices are falling. West Texas Intermediate settled at $47.98 a barrel on the NYMEX, averaging $47.91 for the week – the lowest weekly average since May 20th. The decline is attributed to reports of increased output from major production countries like Iran, Saudi Arabia and Russia.