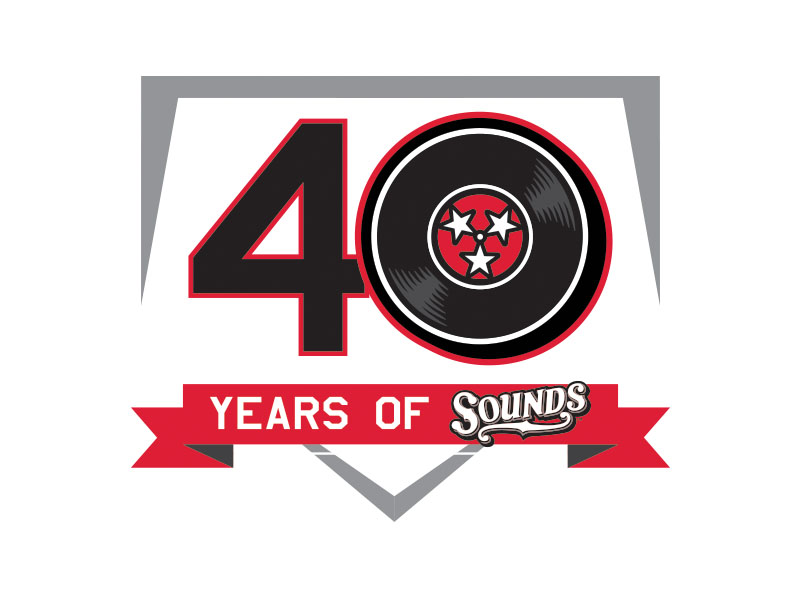 Nashville, TN – The Nashville Sounds Baseball Club has announced its 2017 Pacific Coast League schedule, complete with home and away times for all 142 games.

The 2017 season represents the 40th in club history after beginning play in 1978 in the Southern League. The 40th Anniversary (40th Anniversary logo is attached) season begins Thursday, April 6th when the Sounds travel to Round Rock, Texas for a five-game series with American Southern Division rival, the Round Rock Express.

“We’re thrilled about the team’s 40th anniversary season and third at First Tennessee Park,” said Sounds General Manager Adam Nuse. “Our staff is working hard to create an exciting promotional schedule that will highlight the rich history of 40 years of Sounds baseball in Nashville.” 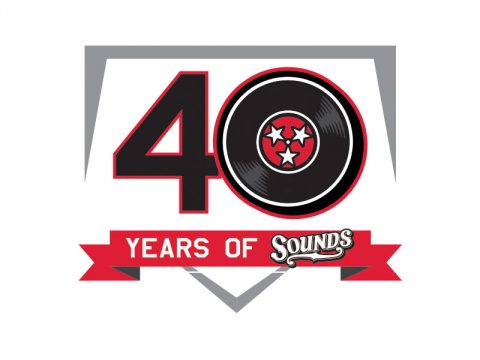 Following the season-opening road trip, the Sounds return to First Tennessee Park for the 2017 home opener against the Oklahoma City Dodgers on Tuesday, April 11th. Opening Day is part of a seven-game homestand in which the Sounds will also welcome the Colorado Springs Sky Sox.

Notable dates include home games on Easter (April 16th), Mother’s Day (May 14th), Memorial Day (May 29th) and Father’s Day (June 18th). The Sounds are on the road for the fourth of July and Labor Day.

A total of ten homestands make up the 71-game home schedule. The final homestand of 2017 spans 12 games from August 19th-31st, and is also the longest of the season.

A full 2017 promotional schedule will be released in February. Individual game tickets will be available for purchase in March.

The 2017 season will be the Sounds’ 40th in franchise history and their third as the Oakland Athletics’ top affiliate. Season ticket memberships are available now by calling 615.690.4487 or by visiting www.nashvillesounds.com 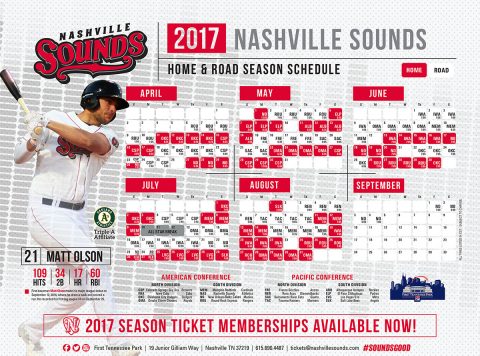