Youth deserve ability to make an informed decision about their future 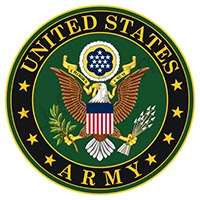 Fort Knox, KY – Unfortunately, the growing divide between the military and society was apparent last week when a teacher’s inaccurate and misinformed statements about the quality of America’s armed forces made national headlines.

As a U.S. Army officer for more than 30 years, I can tell you our nation’s military services are among the most respected organizations in the world, and the individuals who choose to serve deserve the support of our nation’s people.

About 50 percent of young Americans today admit they know little to nothing about our military. As a nation, we are failing them, and we are failing ourselves.

College graduates are averaging around $30,000 in student loan debt. I wish they had known they could have graduated debt free while contributing to something bigger than themselves. Having a skilled and educated force truly is a priority.

The Army alone spent $162 million on tuition assistance last year, so current Soldiers could earn degrees. The U.S. Army Reserve Officers’ Training Corps offers approximately $300 million in scholarships each year for students at about 1,000 universities ranging from Harvard and Princeton to Berkley and Ohio State – the U.S. Army is the largest single provider of college scholarships in the nation.

Our nation is filled with underemployed workers who paid for degrees but can’t get jobs because they don’t have the necessary experience. I wish they had known they could choose from 150 different careers, gain technical experience and certifications, and get a degree in the U.S. Army.

As I travel the country, I find most people I meet believe the U.S. Army is only about combat. It’s true our role is to fight and win our nation’s wars, but it takes a team to support our warfighters. I wish our country knew our Soldiers are doctors, engineers, truck drivers, IT specialists, paralegals, logisticians and so much more. Almost every professional job in the private sector is also a job in the military.

The problem I see everywhere I visit is this – they don’t know. They don’t know because we haven’t told them.

We need the young people in our country to have the opportunity to make an informed decision about their future. I am not interested in forcing anyone to enlist; however, youth deserve to understand what military service entails.

We need our educators to welcome military recruiters into schools. Our service members represent our country and should not have to recruit in the shadows.

We need parents and community influencers to encourage students who are considering military service. We need our veterans to help educate communities about how serving has positively impacted their lives.

Success is not always a four-year degree. It’s finding the best path to gaining the knowledge, skills and abilities needed for a desired occupation.

Our Army is filled with technologically advanced equipment, but that means nothing without the talented soldiers who operate the equipment and make strategic decisions on its use. People are our greatest asset.

In reality, only 29 percent of youth today actually meet the qualifications to join. Our service members are highly trained, highly skilled and highly educated.

Veterans are more likely to vote, volunteer and be involved in their communities. Student veterans using the Post-9/11 GI Bill are more likely to graduate, have a higher GPA, and earn academically rigorous degrees than their non-veteran counterparts.

It’s time we see military service for what it truly is – a competitive advantage in the workplace.

I am not asking for young Americans to be forced into choosing military service. I am asking for the opportunity to educate our nation. I want to ensure America’s young people understand all of their options before they make a final decision about their future.

If it ever gets to the point when people stop wanting to raise their right hand to serve, it’s not only a challenge for the military, but it’s also a national security issue for the nation.

A societal paradigm shift is needed to protect the future of those who volunteer to protect us. Yes, Uncle Sam still needs us – all of us.

Major General Jeffrey Snow is the commanding general for U.S. Army Recruiting Command, located at Fort Knox, Kentucky. He and the 13,000 personnel under his command are charged with recruiting more than 95,000 new soldiers for the active Army and Army Reserve this year. Snow has served in the U.S. Army for 34 years.