Nashville, TN – This week, Tennessee Governor Bill Haslam introduced his amendment to the fiscal year 2018-2019 budget proposal that will be considered by the 110th General Assembly.

The amendment builds on previous legislative priorities by making strategic and thoughtful investments across state government.  Because of the conservative fiscal choices lawmakers have made over the last several years, Tennessee currently ranks as the lowest taxed and lowest debt state in the nation.

In the coming days, the working group will submit options for consideration that will serve as a basis for state action and approved school safety measures.

As part of these efforts, the budget amendment includes $30 million to help improve school safety across the state.

These additional school safety funds, which include doubling the current amount of recurring funding available through school safety grants, will provide Tennessee schools with additional resources to meet their specific needs.

The budget amendment also contains $3 million in nonrecurring funds for grants to provide funding for school districts to address the extra costs associated with purchasing buses equipped with seat belts.

Other notable investments in the budget amendment include:

The budget amendment is customarily introduced in the final weeks of the legislative session each year for consideration and approval by the General Assembly.  The final 2018-2019 budget is expected to be adopted sometime in mid-April.

House lawmakers joined with farmers and agriculture groups from across the state this week to celebrate Tennessee’s annual ‘Ag Day on the Hill’ event at the Cordell Hull building in Nashville.  Governor Bill Haslam has also proclaimed the date ‘Agriculture Day’ as part of the annual national observance to recognize the important contributions of farmers and forestland owners provide to the state and nation.

This year, ‘Ag Day on the Hill’ activities included farm animals and a variety of farming equipment on display.  Representatives from agricultural organizations and agencies were also available to discuss programs and opportunities for those interested in farming and forestry in Tennessee.

In addition, a crosscut saw competition between House and Senate lawmakers took place, with the House taking the victory from the hands of the Senate.

Following the contest, lawmakers, staff, Ag Day participants, and the general public joined together for a sweet potato bagging project to benefit the Society of St. Andrew, an organization dedicated to providing 2 million pounds or more of fresh, highly nutritious fruits and vegetables each year, at no charge, to agencies and organizations — soup kitchens, food banks & pantries, senior centers, and feeding programs — serving at-risk Tennesseans.

Tennessee has more than 67,000 farms representing 10.9 million acres in production.  More than half of the state, 14 million acres, is in mostly privately owned hardwood forests.  Tennessee’s top agricultural commodities include cattle, soybeans, corn, poultry, cotton, timber, greenhouse and nursery products, dairy products, wheat, tobacco, and hay.  The industry has a $70 billion a year impact on the state’s economy and supports more than 340,000 jobs.

To report a pothole for repair, contact the Region 3 Office, Maintenance, at 615.350.4300  or email . Be sure to note the exact location including the route, mile marker, and any nearby cross streets or interchanges.

If drivers hit a pothole and experience damage to their vehicle, they may submit a damage claim. Claims are investigated on a case-by-case basis through the Division of Claims Administration, an agency not associated with TDOT. Investigators review the circumstances, the type and location of the pothole, determine if TDOT had been previously notified of the issue, and if crews had been given a reasonable amount of time to repair the pothole. 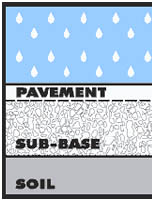 Potholes begin after snow or rain seeps into the soil below the road surface. 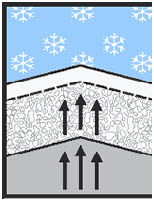 The moisture freezes when temperatures drop, causing the ground to expand and push the pavement up. 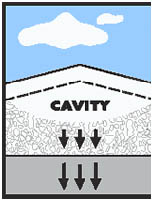 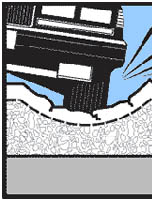 When vehicles drive over this cavity, the pavement surface cracks and falls into the hollow space leading to the birth of another pothole.

For more information about the Tennessee General Assembly, check our website at: www.capitol.tn.gov