Tennessee Unemployment In July Decreased In Nearly Two-Thirds of Counties 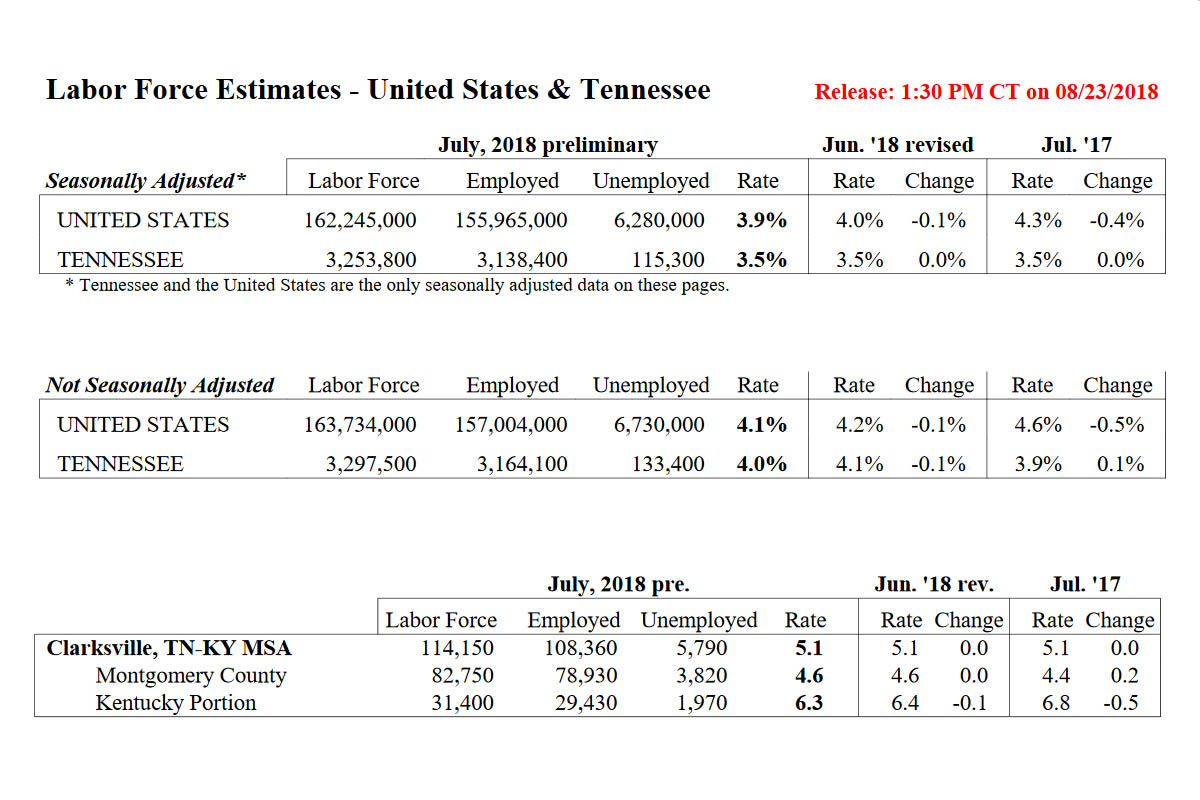 Nashville, TN – The unemployment rate in 57 Tennessee counties improved in July 2018, according to statistics released today by the Tennessee Department of Labor and Workforce Development (TDLWD).

The unemployment rate remained the same in 19 counties when compared to June and the number of unemployed Tennesseans increased in 19 counties. 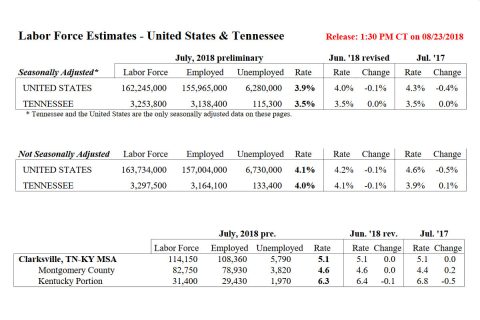 “The summer months significantly impact the unemployment situation across the state,” said TDLWD Commissioner Burns Phillips. “People are not working seasonal jobs, they’re out of town and not able to work, or they’ve just graduated and are looking for work. There are many factors that play a role in summer unemployment figures.”

The unemployment rate for Montgomery County was 4.6 percent in July the same as it was in June.

Davidson County had the state’s second-lowest unemployment rate during July; it decreased by 0.1 of a percentage point and came in at 3.0 percent. The top ten counties with the lowest unemployment each had a rate of 3.5 percent on less.

Weakly County experienced a significant jump in unemployment in July. Its rate of 7.6 percent was a 2.6 percent increase compared to June. In a year-to-year comparison, the July 2018 figure was just 0.5 of a percentage point higher than it was in 2017.

Last month, Lauderdale County had the highest rate of unemployment in the state. During July the county experienced a slight decrease in its jobless rate; the figure dropped 0.1 percentage point to 6.9 percent.

Tennesseans who are searching for employment may find a variety of valuable resources on the state’s workforce website.

A complete analysis of Tennessee’s county unemployment data for July 2018 is available here.