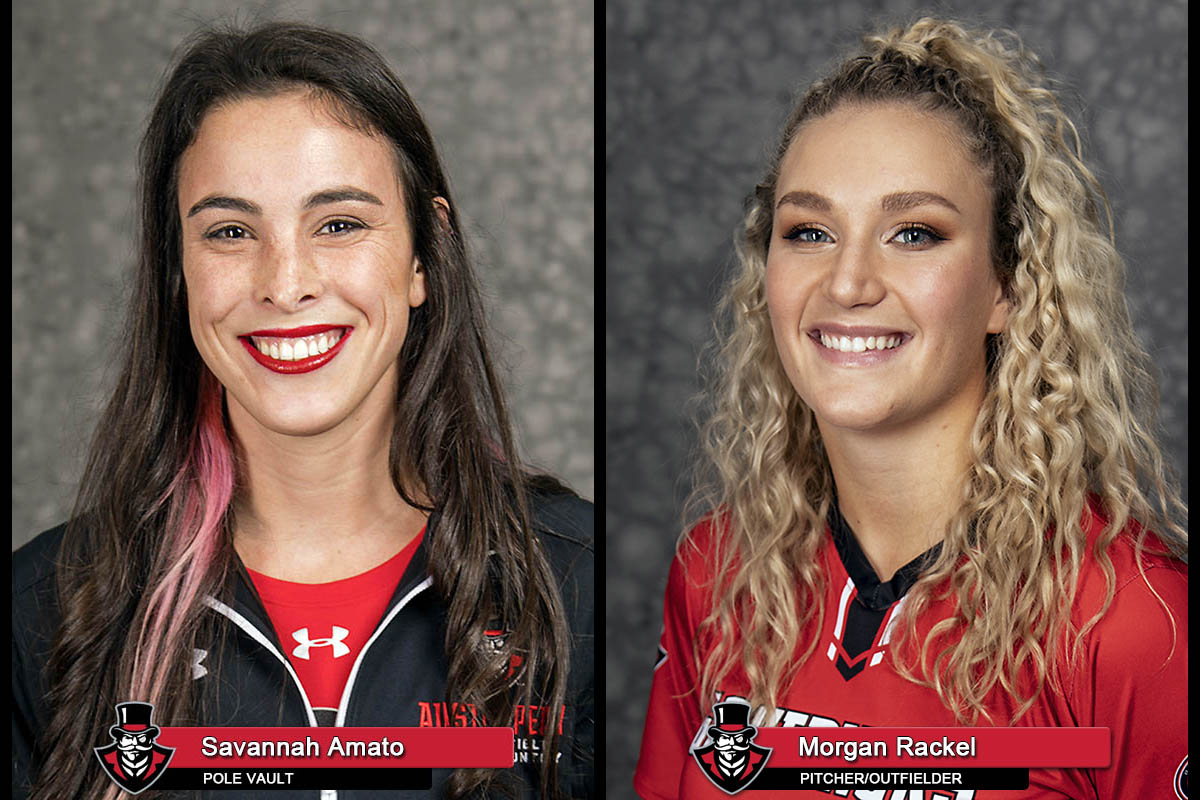 Clarksville, TN – Sometimes historic moments in sports are almost expected and sometimes it strikes like lighting out of a clear-blue sky. Well both happened this past weekend for a pair of Austin Peay State University (APSU) student athletes, with Governors pole vaulter Savannah Amato making Ohio Valley Conference history at the conference’s indoor championship meet, while softball’s Morgan Rackel pitched a game for the ages down in the Louisiana bayou. 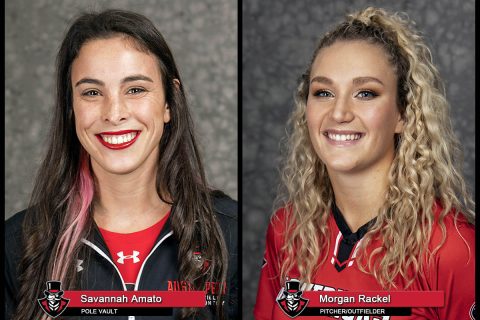 First, Amato, a native of Delaware, OH, won her sixth OVC pole vault championship – and third straight indoor gold medal – at the Birmingham CrossPlex February 23rd, breaking a three-way tie with former Eastern Illinois pole vaulter Mary Wood and former APSU great Carrie Bruggraf for the most wins in the event (indoor and outdoor combined) all-time in conference history, as the trio all had five overall wins in their respective careers coming into the weekend.

Amato won with a height of 4.02m (13-2.25), four inches higher than runner-up and teammate Dascha Hix – the only other athlete to win a conference pole vault title – other than Amato – over the past four years, winning the indoor title as a freshman.

And history may not be through with Amato yet, as she still has the 2019 OVC Outdoor Championship to look forward to in early May to pick up a seventh pole vault gold medal.

While Amato was wrapping up her spot in Govs sports history, in Birmingham, down further south in Lake Charles, LA, Rackel was arguably authoring the greatest pitching performance in Austin Peay softball’s 34-year history.

A senior left-handed pitcher from Calgary, Alberta, Canada, Rackel threw a 16-inning, 2-1, complete-game victory versus McNeese, throwing 217 total pitches (154 for strikes) over the three-hour, 56-minute contest – the longest game played in APSU softball history both in innings played and in time.

And all of this came less than 24 hours after Rackel had shutout McNeese, 4-0, on three hits (all singles) and striking out nine.