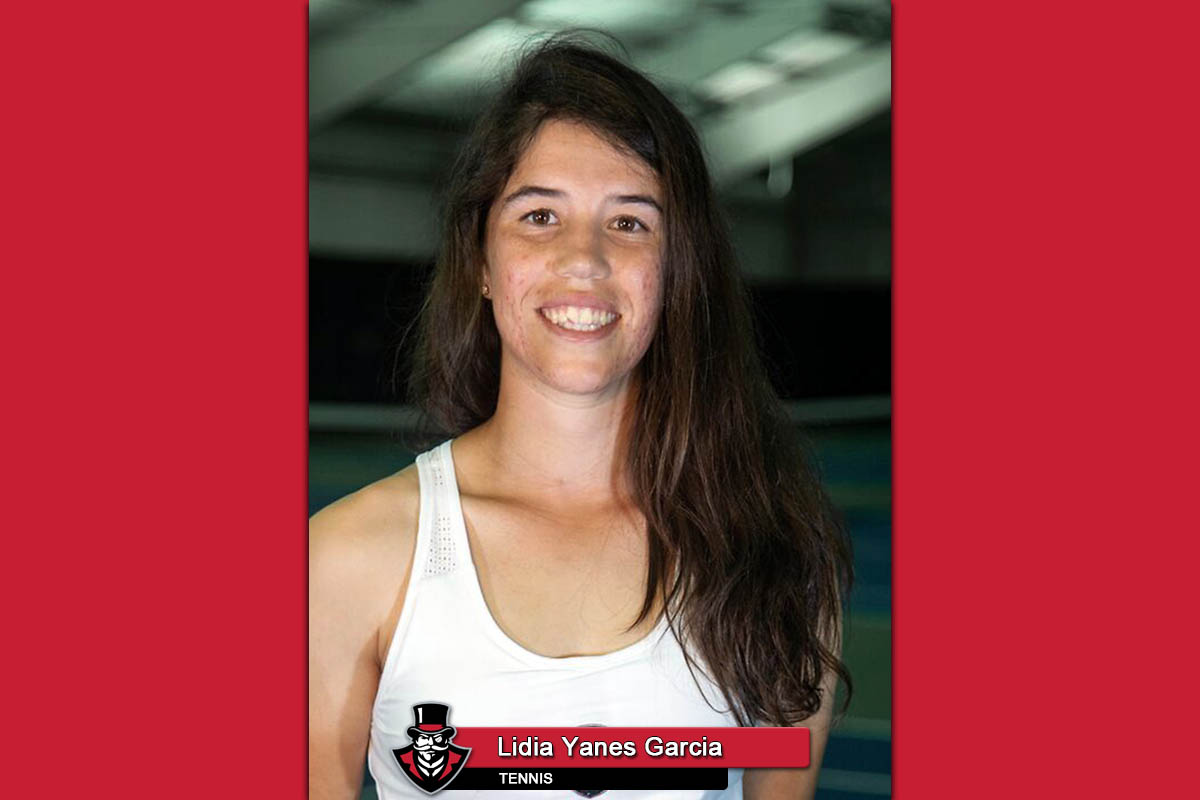 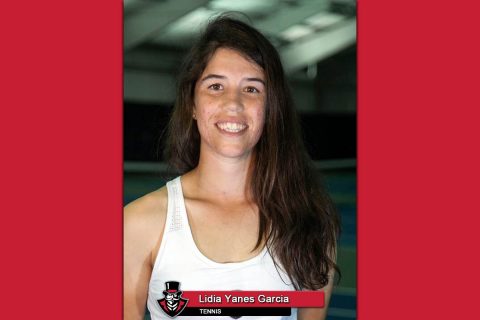 It is the first weekly honor for Yanes Garcia this season and the fourth weekly honor in her esteemed career.

Yanes Garcia was the primary catalyst for the Governors last week, as they completed an unbeaten regular season and claimed the team’s first regular season title since 1989.

Against rival Murray State last Wednesday, Yanes Garcia teamed with her sister Claudia to clinch the doubles point with a 6-1 win at the No. 2 position. While Murray offered more resistance than any other team in the conference thus far, Yanes Garcia steamrolled her opponent in singles, winning 6-1, 6-3, at No. 2 singles.

On her Senior Day, Yanes Garcia put on another show against Belmont, once again teaming with her sister for a 6-3 win in doubles, clinching the doubles point. The twin duo has now won 11 straight doubles matches, trailing only the active streak of teammates Tatiana Lopez and Honoka Nakanishi (12) for the program record.

She also replicated her 6-1, 6-3 win at the No. 2 singles spot against the Bruins, moving her to 99 career singles wins. Her next victory would give her 100 career singles victories, the first time an APSU player has reached that mark.

“Lidia has had an incredible year and career,” said Governors head coach Ross Brown. “What is exceptional about Lidia is her effort every single time she walks on the court. When I first met her on campus, I thought I had made a mistake because she was small, but the only mistake was me thinking that! Lidia has certainly gotten the most out of herself over the years and to replace her, as well as her sister, will be so difficult.”

Yanes Garcia and the Govs will play the winner of Southeast Missouri and Belmont in the OVC Semifinals, 10:00am, Saturday, at Centennial Sportsplex in Nashville Tennessee.

Facebook
Twitter
Pinterest
Email
Print
Previous articleClarksville Gas and Water’s Online and Pay-By-Phone Bill Payment access will be down temporarily for system updates
Next articleClarksville Parks and Recreation to hold Day in the Park, May 4th