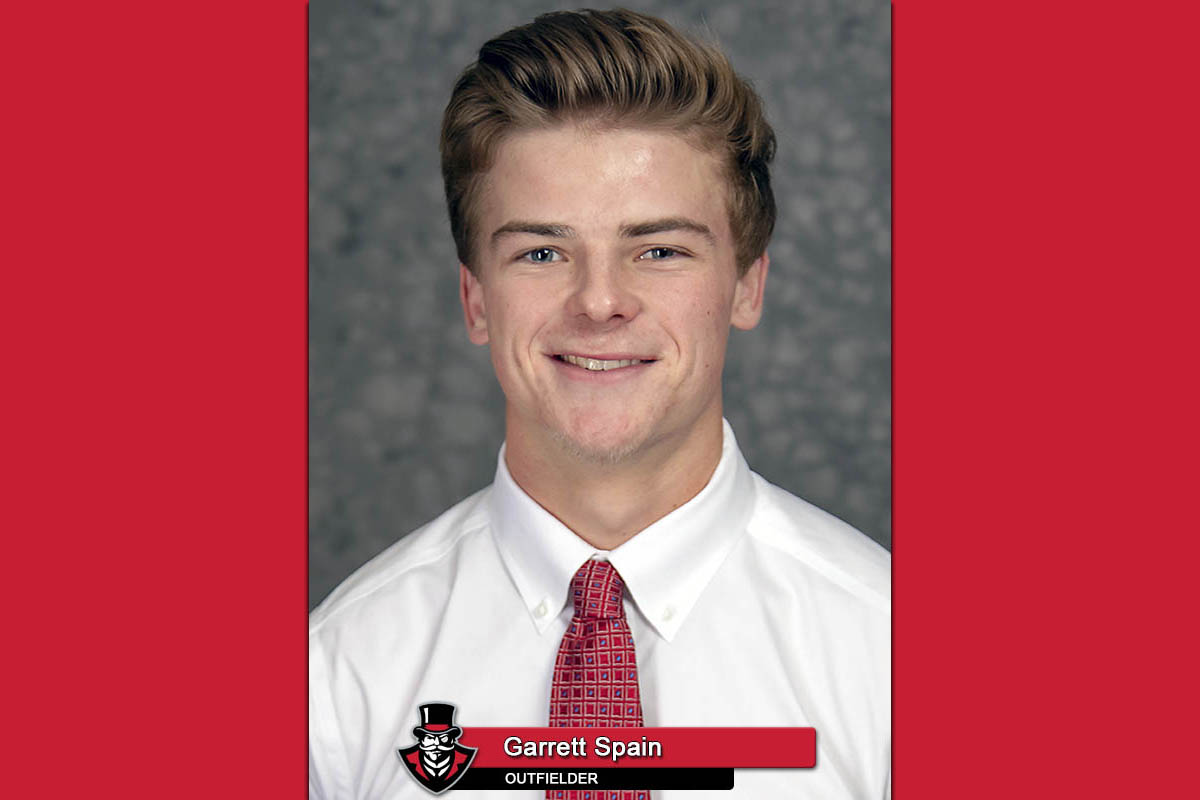 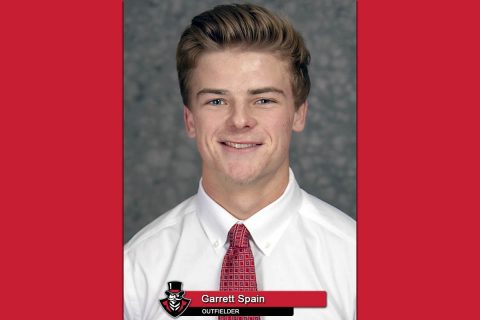 In addition to claiming the league’s top first-year honor, Spain was one of a league-leading six Governors baseball athletes named to the 2019 All-OVC teams – earning second-team honors. He also was one of two Austin Peay players selected to the OVC’s All-Freshman squad.

Spain, of Clarksville, had an impressive freshman campaign, finishing second among all Govs hitters in batting average (.332), home runs (seven) and RBI (49) over the 53-game campaign. He opened his collegiate career by reaching base safely in 43 consecutive games, tying the second-longest reached safely streak in program history.  Among the league’s freshmen, Spain was ranked second in home runs and RBI and ranked third in batting average.

Phillips, from Collierville, TN, earns his first First-Team All-OVC honor a year after being named Second-Team All-OVC at first base. This season, the redshirt junior pieced together a record-setting campaign as he broke both Austin Peay’s single-season and career home run marks. Phillips ended the regular season tied for the OVC lead with 24 home runs and led the league with 69 RBI and a .734 slugging percentage. He enters the OVC Baseball Championship with home runs in each of his last three games.

Pucheu, of Gulfport, Mississippi, also earned his first First-Team All-OVC nod a year after being selected Second-Team All-OVC. He followed a six-win OVC campaign last season with another six-win season, the only pitcher in 2019 to secure six OVC victories. Pucheu led all OVC starting pitchers in ERA (2.78) and was ranked second in strikeouts (74) in OVC games only.

Overall, he amassed a 7-4 record and a 2.77 ERA that is the best by a Govs regular starting pitcher since Lee Ridenhour’s 2013 campaign (2.27 ERA). Earlier this season, Pucheu set the Austin Peay record with 26 consecutive scoreless innings during the season’s opening month.

Joslin, of Columbia, TN, becomes the first Govs full-time designated hitter to earn All-OVC recognition since 2005 when Chris Hyde earned Second-Team All-OVC honors. He is just the seventh Govs designated hitter to All-OVC honors all-time. His .311 batting average was 22nd among OVC hitters. However, he made his mark with the bases loaded, batting .643 and driving in 20 RBI in 15 bases-loaded opportunities during the season. Most famously, he hit a walk-off grand slam against Southern Illinois, April 16 to help the Govs secure a 12-9 nonconference victory.

Rye, of Clarksville, earned his first career All-OVC nod after posting five wins and a 3.83 ERA in conference play this season, both career bests. Overall, he secured a career-best seven wins and posted a career-best 3.76 ERA. He has not lost a decision since April’s start (4-0, 2.45 ERA) and the Govs are 6-1 in his starts during that same span.

Austin Peay finished the 2019 OVC regular season race tied for second place with Morehead State but will be the No. 2 seed in this week’s OVC Baseball Championship. The Governors begin their stay at Rent One Ballpark in Marion, Illinois – the home of the 2019 championship – with a 4:00pm, Wednesday contest against the UT Martin Skyhawks.