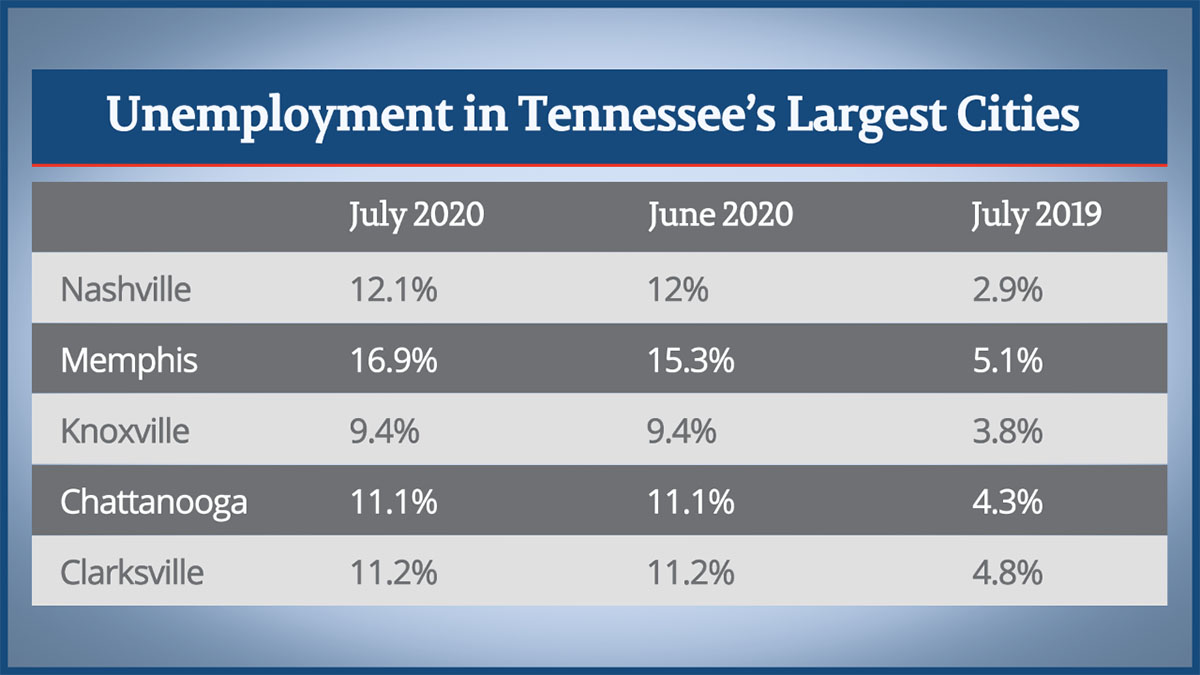 Nashville, TN – The unemployment situation in three-quarters of Tennessee’s 95 counties continued to improve in July following business closures earlier in the year due to the COVID-19 Coronavirus health emergency. 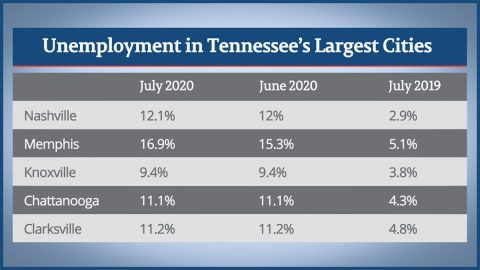 Seventy-two counties had lower unemployment in July compared to the previous month. Rates in four counties mirrored their rates from June. Nineteen counties did experience a slight uptick in unemployment during the month.

Pickett County recorded the state’s lowest unemployment rate for the month. At 6.3%, the county’s rate dropped 0.7 of a percentage point compared to June’s rate.

Shelby County continued to have the highest unemployment rate in Tennessee. The county’s number of jobless individuals in July jumped by 1.3 percentage points to 14.4%. In July 2019, Shelby County’s rate was 4.6%.

With a rate of 12.7%, Haywood County had the second-highest rate of unemployment in the state. The new rate increased 0.9 of a percentage point when compared to the previous month. One year ago, the rate was 5.3%. Hancock County’s unemployment jumped 1.8 percentage points to 12.5% in July. In July 2019 the county had a rate of 7.3%.

The statewide seasonally adjusted unemployment rate in Tennessee decreased for the third consecutive month in July from 9.6% to 9.5%.

Nationally, unemployment also decreased in July. The preliminary, seasonally adjusted national unemployment rate is 10.2%, a 0.9 of a percentage point drop from the previous month’s rate.

The Tennessee Department of Labor and Workforce Development has a comprehensive report detailing the unemployment situation in each of the state’s 95 counties. You can access that report by clicking here.