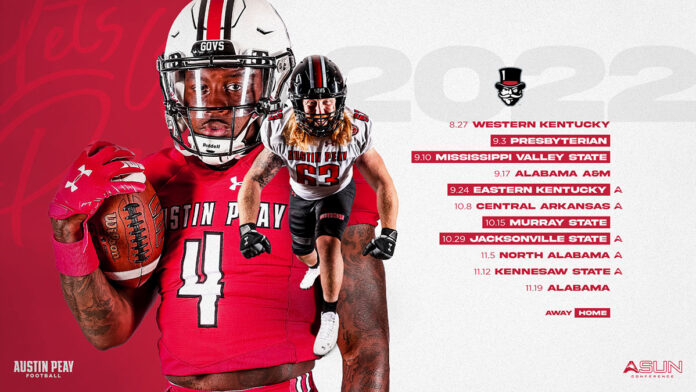 The Governors open and close their 2022 slate with a pair of road games against FBS foes. Austin Peay begins the season with a short trip northeast to meet Western Kentucky in an August 27th “Week 0” affair. The final regular-season game will take the Governors to the south for a first-ever meeting against perennial national championship favorite Alabama in a November 19th game at Bryant-Denny Stadium.

The Govs’ ASUN Conference road slate opens October 8th at Central Arkansas. Austin Peay State University then travels to North Alabama for an October 22nd meeting that will be the first between the teams since 1978. APSU’s ASUN season concludes November 12th with the first-ever meeting against Kennesaw State.

The six-game road slate, which opens at WKU, takes Austin Peay State University to Alabama A&M for a September 17th game that is the first-ever matchup between the two programs. Games at Central Arkansas, North Alabama, Kennesaw State, and Alabama fill out the remainder of the road slate. 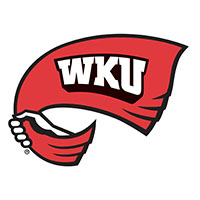 Austin Peay State University opens its 2022 season against a former Ohio Valley Conference rival in Western Kentucky. The Govs and Hilltoppers last met September 1st, 2012 and have faced one another 42 times since 1940.

The Hilltoppers had one of the most dominant offenses in recent history during the 2021 season. Graduate student Bailey Zappe broke the FBS record for passing yards (5,967) and passing touchdowns (62) and, while Zappe has departed from the program for the NFL, the Governors can expect to defend an elite passing game against the air-raid Hilltoppers.

In addition to Zappe, WKU will have to replace its top-two receivers from 2021 in Jerreth Sterns and Mitchell Tinsley. The duo combined for 3,304 receiving yards and 31 receiving touchdowns. 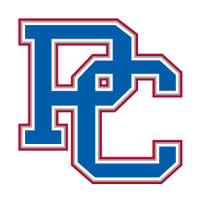 Austin Peay State University hosts Presbyterian in their 2022 home opener. It is the third meeting in program history between the two and the first since the 2018 home opener when the Govs defeated the Blue Hose, 24-0.

Under head coach Kevin Kelley, the Blue Hose were known for their air-raid offense, lack of punting, and regular onside kicks in 2021. After Kelly’s resigning in December, the team is now coached by Steve Englehart, who is likely to bring a more traditional-styled approach in his first year with the program.

Presbyterian will be without two key pieces from its 2021 season, as quarterback Ren Hefley and All-American wide receiver Jalyn Witcher entered the transfer portal this offseason. Hefley passed for 3,933 yards and 39 touchdowns, while Witcher had 1,120 yards and 12 receiving touchdowns. 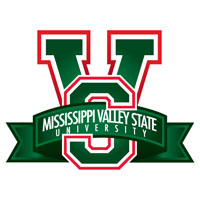 MVSU is set to return both of their leading receivers from last season in Jarius Clayton and Jacory Rankin. The duo combined for 1,027 receiving yards and six touchdowns. The Delta Devils will, however, have a new signal-caller, as Jalani Eason graduated from the program following last season.

The Delta Devils are also set to return star running back, Caleb Johnson, a HERO Sports FCS Sophomore All-American and Second Team ALL-SWAC selection in the fall after totaling finishing fourth in the FCS with 1,004 rushing yards and eight touchdowns. 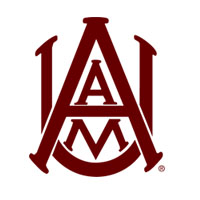 The APSU Governors travel to Huntsville, Alabama for the first time in program history to take on the Bulldogs who finished third in the SWAC’s Eastern Division with a 7-3 (5-3 SWAC) record. It is the second-straight SWAC opponent for APSU and is the second of four first-time meetings on the schedule

Alabama A&M had 10 All-SWAC selection last season, including graduate student quarterback Aqeel Glass, the SWAC Player of the Year. While the Bulldogs will be without their quarterback next season, the team can potentially return their three other First Team All-SWAC selections in senior running back Gary Quarles and junior wide receivers Abdul-Fatai Ibrahim and Odieu Hilaire. 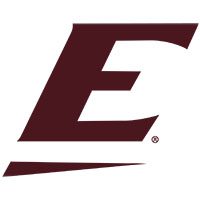 The Governors and Colonels kick off the inaugural ASUN Conference schedule in Clarksville.

The former Ohio Valley Conference opponents renew a 63-year-old rivalry when the Colonels arrive in Clarksville for the first time since 2018.

APSU and EKU have faced one another 53 times in program history and have split their last four meetings dating back to 2017.

The Colonels are set to return three All-American selections in 2022 in offensive lineman Payton Collins, defensive back Davion Ross and kicker, and 2021 ASUN Special Teams Player of the Year, Patrick Nations. Ross led the FCS with three interception returns for touchdowns in the fall. 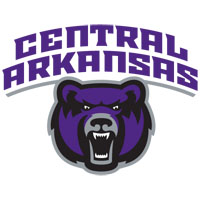 Austin Peay State University has faced Central Arkansas in two of the last three seasons, with the latest meeting coming on August 29th, 2020 at the Guardian Credit Union FCS Kickoff game in Montgomery, Alabama. This season’s matchup between the two is the first as members of the ASUN Conference and third overall.

The Bears had 10 All-ASUN selections in their first year with the conference, including the ASUN Offensive Player of the Year, Tyler Hudson, who finished third in the FCS with 1,242 receiving yards and was named an All-American by Athlon and AFCA as a sophomore.

UCA also returns the ASUN Freshman of the Year, Darius Hale, who had 1,015 rushing yards and 17 touchdowns on the ground – the most rushing touchdowns by a running in the FCS in 2021. 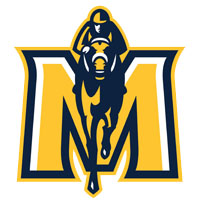 The Austin Peay-Murray State rivalry lives on despite the two teams moving on from the OVC. The Governors and Racers face one another in a non-conference matchup for the third time since 1956 when MSU returns to Clarksville in mid-October. Austin Peay State University has won the last five games, matching its longest winning streak in the 69-year-old rivalry.

Four Racers were named Phil Steele Freshman All-Americans in the fall and are expected to return to the team in 2022. Tight end Jake Saathoff was named to the second team, while offensive lineman DJ Jones, linebacker Lawaun Powell and running back Damonta Witherspoon were named to the third team

Murray State had 11 players named All-OVC selections in the fall and were headlined by freshman DJ Williams who was named the conference’s Freshman of the Year. Williams had 1,020 yards and three touchdowns through the air with 532 yards and six rushing touchdowns. 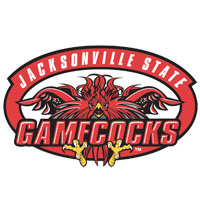 Austin Peay State University renews another age-old rivalry in their game against Jacksonville State. The Governors and the Gamecocks have faced one another 31 times since the teams’ first meeting in 1947. The APSU Govs have won the last two meetings against JSU, with the most recent being a 13-10 win, March 28th, 2020 in Jacksonville, Alabama.

The Gamecocks had seven All-ASUN in 2021 after competing in the ASUN-WAC AQ7 Conference.


Jacksonville State announced Rich Rodriguez as its head coach for the 2022 season on November 30th. Rodriguez takes over after former head coach John Grass and JSU agreed to mutually part ways in November. 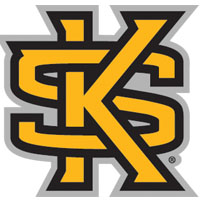 The third first-time opponent on the Austin Peay State University schedule is Kennesaw State, which joins the ASUN Conference after winning the Big South Championship in 2021 and advancing to the second round of the FCS Playoffs.

If there’s one thing fans should expect in the Governors’ meeting against Kennesaw State, it is that the Owls love to run the ball. KSU is one of three FCS programs that run a triple-option offense (Davidson and The Citadel). In 2021, Kennesaw State finished third in the FCS with 278.8 rushing yards per game, 3,622 total rushing yards, and 37 rushing touchdowns.

While Kennesaw State does not pass the ball often, finishing 120th of 123 FCS teams in passing attempts per game, the Owls had 18 passing touchdowns in 2021 and led the FCS with 18.04 yards per completion.

Kennesaw State is set to return its leading passer and rusher from its Big South Championship team in quarterback, Xavier Shepherd. Shepherd led KSU with 1,341 passing yards and 15 touchdowns through the air. The junior also had 867 rushing yards and an FCS-best 23 touchdowns on the ground. 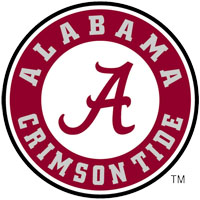 Austin Peay State University wraps up its 2022 regular season with its first-ever matchup against SEC powerhouse, Alabama, who has appeared in the College Football Playoff National Championship game in six of the last seven years.

The Crimson Tide are led by quarterback and Heisman Trophy recipient, Bryce Young, who set the Alabama single-season records in passing yards (4,872) and touchdowns (47) during his sophomore campaign.

While Alabama is set to return two of its top three rushers from its 2021 season in Trey Sanders and Roydell Williams, the Crimson Tide will be without Brian Robinson Jr., who led the team with 1,343 rushing yards and had an SEC-best 14 touchdowns on the ground.