Gas Prices at the Pump Stabilize 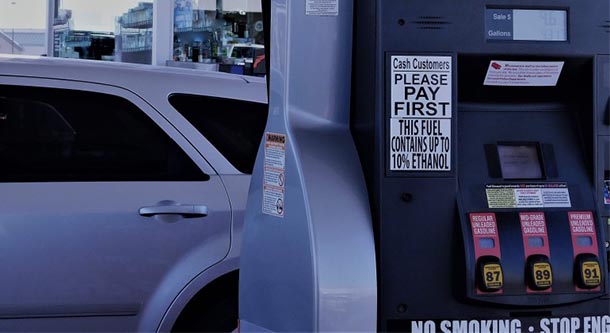 Washington, D.C. – As the cost of a barrel of oil has remained near $110.00, the gas price decline has slowed. After hitting $4.33 on March 11th, the national average for a gallon of gasoline is now $4.24, but only down a penny since last week.

Domestically, gasoline demand is again defying seasonal trends and has dipped for the second straight week, perhaps due to higher pump prices and consumers altering their driving habits.

“The global oil market reflects the volatility caused by the war in Ukraine grinding onward,” said Andrew Gross, AAA spokesperson. “And with oil prices refusing to fall, the price at the pump is likewise meeting resistance at dropping further.”

The drop in gas demand is contributing to price decreases. However, the steady increase in the price of oil is slowing that decline. If oil prices continue to rise, pump prices will likely follow suit, reversing course from the current downward trend. 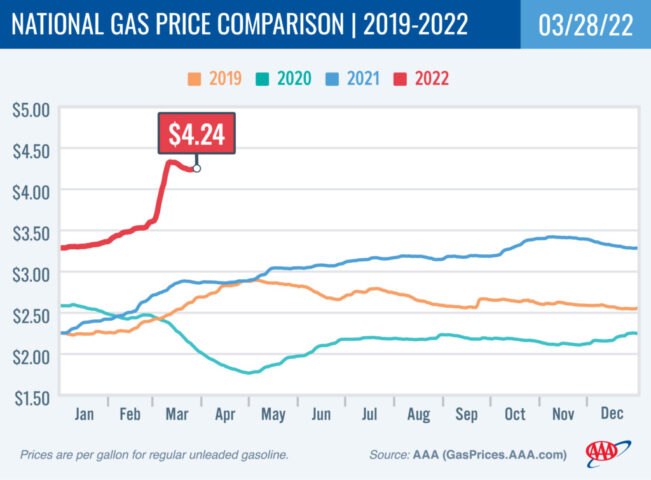 The current inventory level highlights tightness in the market, contributing to rising prices. For this week, crude prices may fall on news that Shanghai is imposing new lockdown measures to curb COVID-19 Coronavirus transmission rates, which would likely reduce crude demand. According to the EIA, China became the world’s largest buyer of crude oil in 2017.