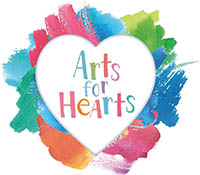 This vision started 20 years ago with former Arts for Hearts Director Rita Arancibia.

The ceremony began with the Pledge of Allegiance led by Arts and Heritage Board member Col. Arthur Nicholson and was followed by the Star Spangled Banner by the Cumberland Winds Brass Quintet.

“We mourn the hundreds of first responders and clean-up workers who were sickened or died. We despair at the subsequent thousands of dead civilians and soldiers and the millions of refugees displaced in the fight to stop further terrorist activities. Although 21 years have passed, 9/11 remains one of our communal “Where were you?” moments.”


“We believe these Pillars will be a way for Clarksvillians to keep a memory of that day alive – and to find pride in the way our country pulled together to mourn those who died and to comfort those left behind.”

Sculptor Jim Diehr remarked on the significance of having 360 tiles placed on the sculpture. He also thanked his family, who assisted him throughout the process during some sweltering days.


Montgomery County Mayor Wes Golden shared his gratitude to all those involved in the project and thanked Rita’s daughter, Patricia Arancibia Wilkinson, for attending on behalf of her mother.

“This project is unique because it is a community effort by hundreds of people from all age groups who expressed their emotions from the tragedy of 9-11. It is a hands-on testimony of the good that can come from tragedy when we put the recognition of others before ourselves. Montgomery County Government is proud to have this project on display at Veterans Plaza,” added Mayor Golden.

Clarksville Mayor Joe Pitts added his appreciation to the people and organizations who were involved in the project. He said, “We are always better when we work together.”

City Mayor Pro Tem Wanda Smith offered a prayer at the end of the ceremony.

To view the Pillars of Hope sculpture at any time, visit Veterans Plaza located at 350 Pageant Lane.