Clarksville has made it to the “top spot” on at least one list in Tennessee, rising to the number one spot on the state’s “Ten in Tennessee” most endangered historical districts list. 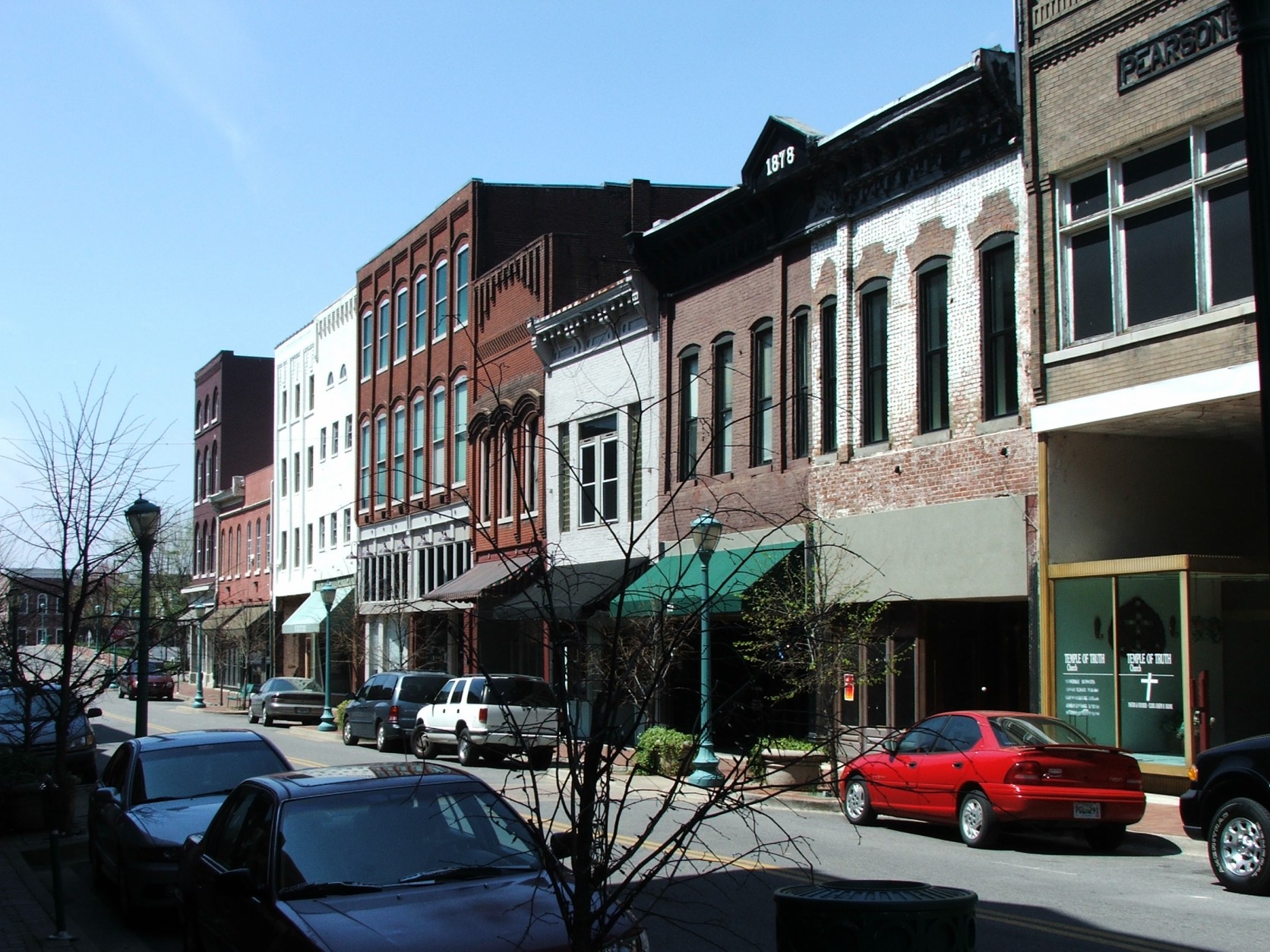 The Tennessee Trust for Historic Preservation has put Clarksville/Montgomery County Historic Districts at in the number one spot on its 2008 list, according to an announcement released at a press conference on Friday, May 30 at the Old Supreme Court Chambers at the Tennessee State Capitol, Nashville.

“Properties in the downtown, Dog Hill,and Emerald Hill Historic Districts are threatened by recent Downtown Redevelopment and Urban Renewal Plan, which would designate two square miles of the historic downtown as “blighted” and give the city the power to use eminent domain to condemn and demolish structures for development. The National Trust for Historic Preservation calls the situation “the most significant threat to historic districts” it has encountered.” — Tennessee Trust for Historic Preservation.

The Historic Trust ,in its announcement, confirmed what many Clarksville residents have been saying: the new law “this is possibly the largest eminent domain case affecting historic structures in the country.”

The ordinance affect 1300 acres, designated the entire area as blighted, allows for “assemblage” of properties, and enables the use of eminent domain to condemn property for “demolition and speculative private development.”

The ordinance created tax breaks for developers via tax-increment financing to encourage and promote development in this district.

The redevelopment plan has been at the center of controversy that pitted 1800 residents and small business owners against the city and resulted in the formation of the Clarksville Property Rights Coalition and the dubbing of the downtown district as “Blightville.”

The hotly-debated ordinance was passed May 8 by the City Council. The ordinance allows condemnation and the taking of property for tax delinquency of 12 months or more, if property has been declared dilapidated, unsafe or uninhabitable for six months, or has ongoing code violations for more than six months. 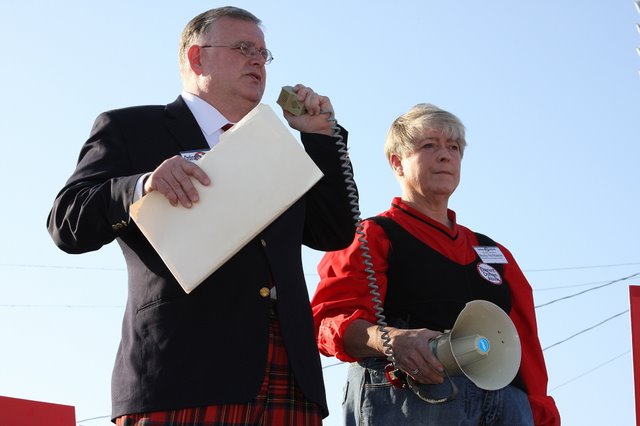 Dan Brown(left, at coalition rally), executive director of the Tennessee Historic Preservation Trust, has worked with the CPRC for the past six months. he has given presentations on this issue at CPRC and other meetings.

A newspaper ad opposing the ordinance was run prior to that vote and libel lawsuit was filed in Mongtomery County courts concerning that ad, though at last check none of the defendants had been served.

The Tennessee Preservation Trust annually seeks nominations from the public for the “Ten in Tennessee,” a roster of some of the state’s most endangered historic sites. Begun in 2001, this successful program highlights ten endangered places across the state to help garner support for saving threatened historic resources. Of the sites listed since the program began, only three have been lost.

A committee made up of grass-roots and professional preservationists from across the state meets to choose the list each spring. TPT, which promoted historic preservation across the state, has been the recipient of generous support for the past four years from the renowned public relations firm of McNeely, Pigott, and Fox, LLC. Richard Quin serves as the 2008 Ten in Tennessee Chair.

Editor’s Note: For more information and complete copies of all CO stories, videos and photos on downtown redevelopment, click the black “ordinance” box on the left of our front page.