The shooting spree at the Tennessee Valley Unitarian Universalist Church has resulted in murder charges being filed against Jim D. Adkisson, 58, an out-of-work truck driver charged with the killing of two people and the wounding of six others during a children’s musical at the church Sunday morning. Chris Lugo responds to that news and the issue of crime and gun control.

Many Tennesseans were stunned to hear the news that yesterday morning at 10:18 a.m. a lone gunman walked into a welcoming congregation in Knoxville and opened fire on the congregants who were gathered in anticipation of watching their children perform a scene from the musical “Annie” as part of the morning services, killing two people and shooting several more in the head before being tackled to the ground. That church, the Tennessee Valley Unitarian Universalist Church, is a beacon of joy and hope in East Tennessee. Its congregation is made up of some of the most loving, kind and gentle people in the fine city of Knoxville, and the horrific tragedy which was visited upon that church is a wakeup call to good people throughout Tennessee to re-examine our approach to gun control in Tennessee and throughout this nation.

Sadly this is not the first nor the last example of guns in churches, schools and public spaces being used to kill innocent men, women and children. In the past decade alone, dozens of people have been killed in our nations schools, churches and public gathering places by people who had obtained guns legally and illegally with the sole intention of killing unarmed civilians. The public school shooting rampage phenomenon started here in the South only a decade ago when two students in Jonesboro, Arkansas opened fire on their fellow middle school students killing five and wounding eleven. Since that time our nation has witnessed school shootings in over a dozen states with victims numbering in the hundreds. There have also been shootings at shopping malls and church shootings in the past year in Texas, Colorado and now Tennessee. 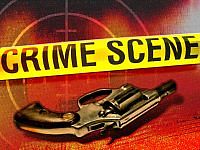 Unfortunately, in many of these cases, the guns that were used in the commission of felony first degree homicides were obtained legally. Either the guns were in possession of parents who were not able to keep the guns from the access of their children, or in some cases rifles were used. In many states there are no laws regarding the use of these weapons by minors. In other cases guns were obtained illegally. No matter how the gun was obtained, it was used in the commission of a crime against men, women and children who lost their parents, children or grandchildren as was the case today in Knoxville.

I cannot imagine the horror of the children yesterday watching as their parents were shot in front of them, but this incident further illustrates to me the need for effective gun control regulations at the federal level. The fact is that guns kill people and in the United States they kill a lot of people. The United States has the highest per capita murder rate in the developed world, with 14 people per 100,000 dying of gun violence each year. This adds up to nearly 10,000 people a year who die at the hands of a gun, not including the additional 16,000 suicides that happen each year with the use of a gun. This is nearly thirty three times the number of Americans who have been killed in Iraq since the beginning of the war.

The recent Supreme Court ruling on the second amendment by the Bush and Reagan stacked court insures that our nation’s cities can continue to live in perpetual fear of similar incidents happening around the nation as what happened in Knoxville on Sunday. Cities are already scrambling to deal with the chilling new reality handed down by the Supreme Court this summer, which seems to mean that it is open season for every crazy person who can get their hands on a gun in our nation’s urban centers.

There is a solution though, and it is up to Congress to exercise the political will to make a decision to pass laws which place strict limits on gun ownership and to hold gun sellers strictly accountable for who they sell their products to. We have a responsibility to protect our children and our nation’s citizens have a right to live free of the fear of being visited with violence as they go about their daily lives of working, shopping and worshiping as they choose. As a candidate for federal office I believe that federal government has the responsibility to place strict limits on gun ownership in this country. Gun rights advocates argue that guns make us safe, but I believe that a heavily armed nation is a dangerous place to live. It is time to make our country safe for our children. Now is the time for comprehensive gun control for a safer America.

Chris Lugohttp://www.chris4senate.org/
Chris Lugo is a peace activist who has been involved in the movement for peace and global justice for twenty years. He is currently seeking the Green Party nomination for US Senate in Tennessee.
RELATED ARTICLES
News