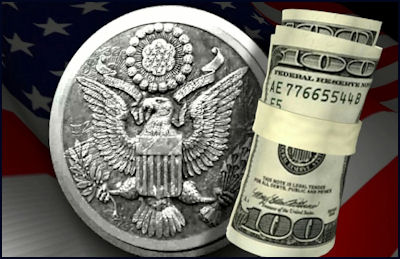 For the past twenty years, beginning with the Reagan administration, economic war has been waged on you, the middle class. The champions of the “free market” demanded that all fetters, all regulations, be removed from the market. It was claimed that regulations were bad, that they prevented the market from operating “efficiently”, that the “freer” the market, the more we would all benefit.

Along with deregulation, those pushing the “free market” concept also demonized “taxation”, claiming that the less you are taxed, the better — that you should be allowed to “keep your money”. Several things were seldom discussed in relation to “tax reduction”. First, the majority of the “tax relief” went to the wealthiest in our society. They saved hundreds of thousands compared hundreds of dollars for those in the middle class. Secondly, the spending did not decrease. Rather than “tax and spend” as they accused the Democrats of doing, the Republicans (champions of the “free market”) simply borrowed and spent. But the spending was not for things of benefit to the middle class. Instead of health care and education, we were given endless war, from which the corporations who had bought the government profited immensely. While our sons and daughters fought and died, Halliburton made billions.

But woe to any who pointed this out. They were accused of waging “class war”. While the moneyed interests waged vicious and constant “class war” against the middle class, they feigned outrage that any would question their intentions. Meanwhile, the middle class saw its wages and standard of living erode. The banks and lending institutions tightened the noose around the necks of the middle class, making it harder for the “little guy” to claim bankruptcy, jacking up credit card interest to usurious levels, killing any legislation that might possibly benefit anyone other than a multi-millionaire. Middle class Americans fell deeper into debt, relying increasingly on credit cards to bridge income shortfalls, the dream of a better future for their children evaporating before their eyes.

During all the time of increased immiseration of the middle class, the wealthy and the multinational corporations were raking in the profits. The income gap between the rich and the poor widened as the “uberwealthy” sucked up more and more of the social wealth. But all good things must come to an end. The “creative” financial instruments designed by Wall Street to suck any remaining wealth from the middle class finally collapsed like the house of cards they were. Wall Street, in a panic, turned to the government it had spent good money for, and demanded a bail out.

So this is where we now stand. Those of you who question the preceding analysis, consider the fact that it is demanded that the taxpayers foot the 600 billion bill for the bailout with no oversight at all. The message delivered by that demand is this, “Mr. and Mrs. Middle Class, you have been punked”.