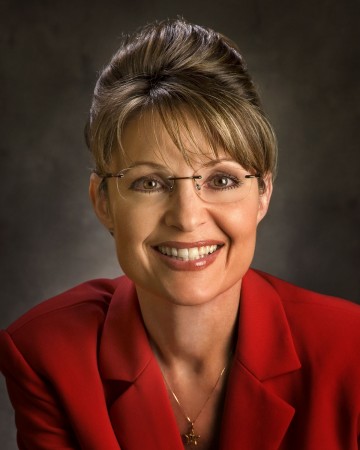 The more I hear from her, the scarier this scenario gets: Palin as President.

I have spent hours skimming interviews and news stories about Vice Presidential Candidate Sarah Palin. It is not outside the realm of possibility, given Republican Presidential Candidate John McCain’s age and medical history, and the potential pressures of a presidency, that Palin could find herself in the Oval office, and not as a “visitor.” It’s is something American voters must consider as they prepare to cast ballots in the November election.

I question her experience and her agenda, particularly on the global scale; her lack of visible experience on a broader beyond-Alaska governance, is slim; on the world stage it is nil. Her recent foreign travels found the press pool (CNN) being allowed 30 seconds or less of filming as met with foreign leaders.

Then I heard defensive words and a hint of national policy from Palin in an interview with ABC’s Charles Gibson (whom I greatly admire). Palin’s answers (the questions are evident in the answers):

Sounds lot like the extremist and terrorist “Holy War” “Jihad” mentality, which, when vented against us, is said to be wrong and perpetuated by “evil-doers.”

Gibson, in questioning Palin on “the Bush Doctrine,” had to first explain the 2002 statement to Palin to incite a semblance of intelligent response.

“While the United States will constantly strive to enlist the support of the international community, we will not hesitate to act alone, if necessary, to exercise our right of self defense by acting preemptively against such terrorists, to prevent them from doing harm against our people and our country.”

“I believe that what President Bush has attempted to do is rid this world of Islamic extremism, terrorists who are hell-bent in destroying our nation. There have been blunders along the way, though. There have been mistakes made, and with new leadership, and that’s the beauty of American elections, of course, and democracy, is with new leadership comes opportunity to do things better.”

As September 11th memorial services unfurled, Palin said that should Georgia join NATO, the U.S. may find itself waging war on Russia, if Russia invades Georgia. She also warned of the threat posed by a nuclear armed Iran and from Islamic terrorists. She subscribes to the Bush-like principle that “the United States has the right to preemptively strike another country the U.S. thinks will attack first.” She defended the Iraq War as a task from God, which makes her sound as fanatical as the Islamic terrorists. I couldn’t help wonder where all the soldiers will come from to fight these wars … oh yes, it would have to be the “D” word: Draft. She hasn’t suggested that, but hey folks, read between the lines. Our troops can barely withstand the repeated deployments to Iraq and Afghanistan, much less consider battles on new fronts. And then there is the matter of equipping them … and nowhere does she speak of diplomacy, or of alternatives to war.

More recently, it has come to light that Palin as Wassila mayor likely knew, and appears to have supported, her city’s billing of rape victims for the rape kit/medical exam that constitutes evidence for the prosecution. The rape kits cost approximately $1,000. That’s akin to asking a murder victim’s family to pay for the bullet before they prosecute a killer.

Palin may find support for her views in some corners of the country, but voters need to ask to how much experience, understanding, and ability does she really have on a national and a global scale before opting to have her second in line to determine America’s future. What happens if she is left to step into the Oval office?